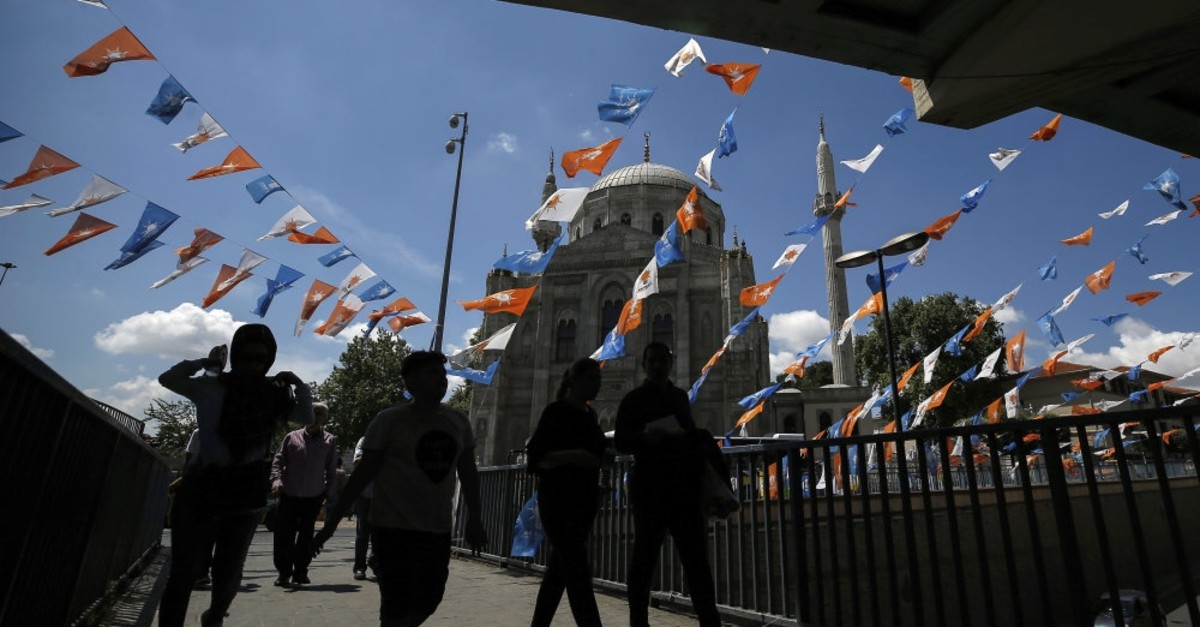 The ruling Justice and Development Party (AK Party) is putting all of its focus on the redo metropolitan municipal elections in Istanbul with the aim of guaranteeing this election is held without irregularities and with higher voter turnout. "Hopefully, the elections will be completed in a way that is free of all irregularities and doubts," Binali Yıldırım, the mayoral candidate of the AK Party said yesterday in a ceremony for the Turkish Naval Forces. Pointing out that the election on June 23 is not a new election but a renewal of the one on March 31, Yıldırım underscored that both the list of voters and mayoral candidates will be the same. He, however, added that all the measures will be taken to prevent the irregularities and problems experienced in the previous one.

Elections in Istanbul, where the main opposition Republican People's Party (CHP) candidate Ekrem İmamoğlu was awarded the certificate of election with only a 13,729-vote difference, were followed by lengthy discussions and objections by parties demanding a do-over election due to irregularities and unlawfulness. Two weeks ago, the Supreme Election Council (YSK) ruled seven against four in favor and annulled the results of the mayoral election in Istanbul. The renewed election will be held on June 23 with voter lists from recent local elections remaining unchanged. The decision was based on unsigned result documents from the March 31 election and on some ballot box officials not being civil servants.

Following the decision, the AK Party set out to build their campaigning strategies on election safety and to inform citizens about the legitimacy of the YSK's decision to cancel and renew elections in Istanbul, while the CHP began to tell voters that they have become the victim of "an unfair decision given by the YSK."

In relation to the issue, Interior Minister Süleyman Soylu underscored yesterday that the decision was taken to ensure the election security and playing the victim of the decision is useless. "The real victim is Yıldırım. I have not seen such an election in my life that one candidate's numerous votes were written under the name of another candidate. The exact explanation of what happened in the Istanbul election is efforts to realize fait accompli," Soylu said. Noting that after the council's decisions, only 10 percent of the ballot boxes were recounted; Soylu emphasized that the difference between Yıldırım and İmamoğlu approximately decreased by 16,000 to 13,000 from 29,000.

Electoral turnout will be a key factor in the upcoming mayoral race in Istanbul since over some 1.7 million voters did not participate in the March election overall in Turkey. Both blocs of parties are working hard to push up the turnout rate (which was 84 percent nationally in March) to their advantage.

Invalid votes are another vital issue that is highly possible to change the results. In March 31 elections, out of nearly 9 million voters, 319,540 were decided invalid votes, which are found to be mainly in Istanbul's districts considered to be AK Party strongholds.

Accordingly, the AK Party has completed its analysis in 39 districts of Istanbul, identifying invalid voters and voters who did not go to the polls. The party mapped the voter turnout in 2014 and 2019 elections. The report found out that the lowest voter turnout was in Küçükçekmece in 2014 elections however this changed to Esenyurt in 31 March elections with 100,000 inhabitants. Esenyurt was followed by Küçükçekmece with 87,000 and Pendik with 78,000.

In terms of invalid votes, Ümraniye came as the first in 2014 while 31 March witnessed 19,000 invalid votes in Esenyurt which was followed by Küçükçekmece and Pendik. Adalar and Şile became the districts having the least invalid votes according to their population density.

In a bid to address these two matters, the AK Party is carving out new strategies to urge people to go to polls. Conducting special election campaign in the districts where the majority of people come from the hometown of party leaders and often meeting with nongovernmental organizations (NGOs) are among those strategies. AK Party is also preparing brochures explaining the reasons why the elections were annulled and re-hold to eliminate every kind of misinformation.

The Nationalist Movement Party (MHP) will also lend his support to close ally AK Party in the election campaign. MHP officials will set up crescent tents for fast-breaking dinners, iftar, in Istanbul's Sultanahmet, Eyüpsultan and Üsküdar districts. The party also organizes smaller street iftar feasts all around 39 districts of the city.

The AK Party's deputy chairman will be tasked in these three historically significant election districts to hold talks with people. In their addresses to the public, the party officials will be focusing on the complaints of the people, the importance of the national interest, the election motto of the People's Alliance and the projects of the AK Party and MHP designed to reach the 2023 vision for the country. In addition to the iftar dinners, MHP will be meeting with provincial heads of party, associations, foundations, civil society organizations and prominent opinion leaders in the fields of politics, sports, and art.

With a view to facilitating parties' work during election campaigns, the Turkish Grand National Assembly (TBMM) will complete its works before the Ramadan holiday and will take a break until the Istanbul elections. Deputies from all parties including the opposition and ruling parties will have the opportunity to focus on their election campaigns.