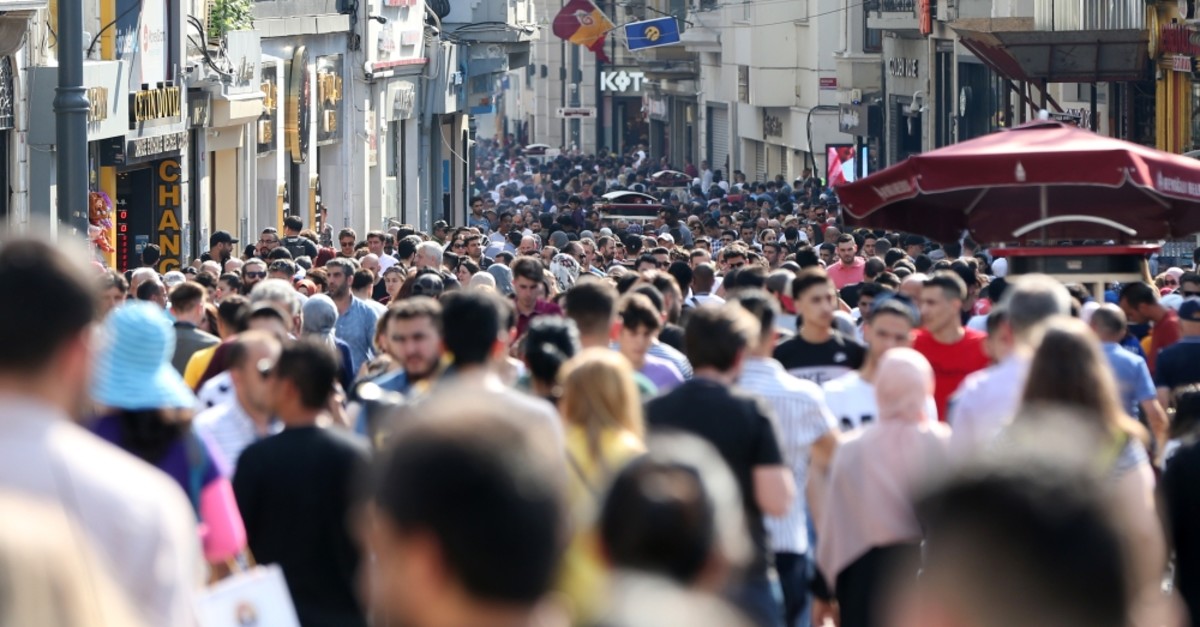 Taking into the consideration that undecided voters represent almost 5 percent of total voters in Istanbul, the TV debate is expected to have a profound effect on the results.
by Nur Özkan Erbay
Jun 14, 2019 12:01 am

While the days are numbered for the upcoming Istanbul Metropolitan Municipality elections, the two prominent candidates running to be the commercial capital's mayor are scheduled to meet each other this weekend in the first televised political debate in years, with each of them aiming to attract undecided voters.

Since the debate is expected to be watched by a huge audience and millions of constituents, it also embodies a crucial role in terms of its effects on the final results and possible outcomes afterward. Before the debate, when we analyze both candidates' behaviors, messages and campaigning strategies, there are measurable changes and shifts when they are compared with the March 31 elections.

The ruling Justice and Development Party's (AK Party) candidate Binali Yıldırım, running as the candidate of the People's Alliance which is formed with the Nationalist Movement Party (MHP), and main opposition Republican People's Party's (CHP) candidate Ekrem İmamoğlu, the joint candidate of the Nation Alliance with the Good Party (İP), reached an agreement in regards to the name of the moderator and the hosting broadcasting channel.

Yıldırım's choice for a moderator aroused the most interest and attracted even an objection from the other partner of the People's Alliance, MHP. However, Yıldırım insisted that he would not have any problem with the name of the moderator even though he/she is an apparent and hardcore opponent. He even offered that the debate could take place in CHP's headquarters.

In the light of Yıldırım's decisions on the debate, one can say that he had an edge on his rival in order to show decisiveness, self-assurance and confidence which is assumed to be unforeseeable for Yıldırım after İmamoğlu's aggressive campaigning strategy.

In fact, both candidates have both pearls and pitfalls in their performances so far in terms of the fundamental principles of media and communication campaigns such as controlling the message, keeping the temper low, using direct communication methods and maintaining consistent language, being genuine and real, and driving their points home.

However, it would not be wrong to address the possible misconduct in İmamoğlu's campaign performance especially in the last couple weeks in terms of these principles, that attract notice when compared to Yıldırım's friendly approach. For instance, his aggressive stance and body language against a shopkeeper in Istanbul has overcome the perception about İmamoğlu that he had a calm and affectionate character. As a following example to his rising aggressive behavior, he insulted the governor of northern Ordu province in front of the cameras just because the governor did not let him make an entrance from the VIP gate of the airport. According to the sources, İmamoğlu's aggressive image in this trip even steamed up officials in his party, CHP.

One of the last incidents was İmamoğlu's allegations on the debate questions where he claimed that Yıldırım requested the questions in advance. İmamoğlu's claim was denied immediately by the moderator and attracted harsh criticism due to its defamatory characteristic. So this incident was also written as a negative mark on his campaign.

Taking into account all of this, İmamoğlu showed that he cannot carry on his initial image in which he was supposed to be calm, easy-going and a "heartthrob."

In contrast, when we look at Yıldırım's campaign we see the opposite trend which can be explained by the strategy shifts of the AK Party. During the previous election period, AK Party tended to carry out a more aggressive and negative campaign language toward İmamoğlu. However, it seems AK Party reversed this tactic and started to emphasize Yıldırım's more calm and easy-going side against his rival in order to expose İmamoğlu's temper and aggression.

When we put the undecided constituents' tendencies under the microscope, it can be easily said that the debate this weekend has an importance in many aspects under these conditions.

Taking into consideration that there is a slight difference between the candidates after the March 31 results, undecided voters play a vital role in this election. The undecided voters represent almost 5 percent out of the total Istanbul constituents and that adds up to almost 1 million votes. In the light of these conditions, the fact that the TV debate and the candidate performances will create a profound effect on the results is very obvious.