Kadıköy residents to make voting choices based on social issues 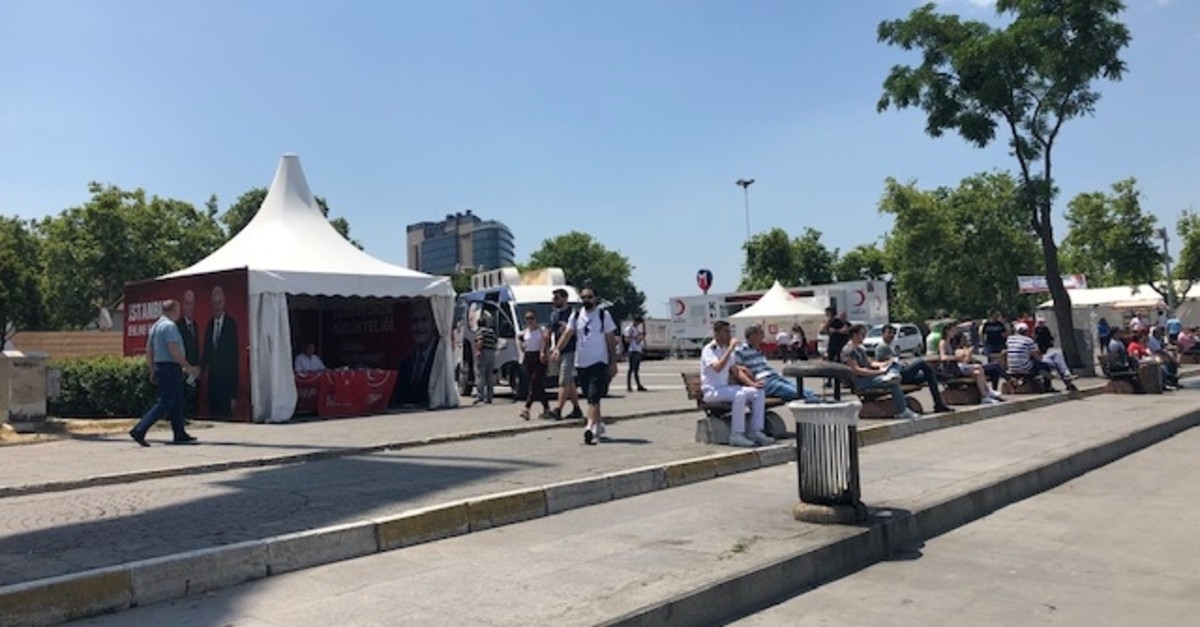 Residents in Kadıköy, a district known for its support for the opposition and well-off residents, looks at social problems such as traffic and urban planning when determining who to vote for, even though they are not necessarily affected personally by these issues

With less than one week remaining until the rerun mayoral elections in Istanbul, residents of Kadıköy, a seaside district located on the Asian side of the commercial capital, put major societal concerns at the top of the agendas: transportation, overcrowding, unplanned urbanization and education, prioritizing interests of common people rather than individual needs.

In the streets of Kadıköy, a main opposition Republican People's Party (CHP) stronghold known for its secular and relatively wealthy population, respondents voiced their expectations about social issues to be solved by the new municipality, although these issues do not necessarily affect them personally.

As Daily Sabah, we walked all around Kadıköy to understand the demands and expectations of the district's residents for their next mayor and municipality. Although most people refused to talk, which we've found surprising and interpreted as the people's indifference to the upcoming metropolitan municipality elections, those who talked gave an overall understanding of the district's perspective of Istanbul and its politics.

Serhat, a 26-year-old who was rolling tobacco during his break in front of the café where he works, listed traffic and education as the two most important problems of Istanbul. When asked how to solve these two problems, he paused and said: "I cannot think of a solution for traffic, neither can the municipality."

To a question about whether he is hopeful about the future of Istanbul, Serhat instantly replied: "No! I always dream about going somewhere that's more calm."

Kadıköy traditionally votes for the main opposition CHP in general and local elections. In the March local elections, the CHP won, receiving 66 percent of the votes, which was relatively lower than the usual percentage (over 70%). The ruling Justice and Development Party (AK Party), on the other hand, received 19.5% of the votes.

For Can, a 65-year-old running a small tobacco shop with his wife, the overwhelming crowds are the biggest problem and he is pessimistic about municipalities and the metropolitan municipality being able to solve the problem. "There is freedom of travel. You can't impose a visa to enter Istanbul," he said.

Istanbul, Turkey's most populated city with more than 15 million inhabitants is notorious for its massive traffic and more motor vehicles (over 4.1 million) than any other city in Turkey. As the country's economic capital, Istanbul attracts migrants from all over the country. In early industrialization phases of the city, intense migration waves resulted in unplanned urbanization that expanded the borders of the city.

Due to this massive problem, metropolitan municipality mayoral candidates frequently promise to target the issue with a solution; AK Party candidate Binali Yıldırım previously emphasized that the most persistent problem is the massive volume of traffic and that there are 770,000 parking lots in Istanbul; however, the city needs at least 1.75 million as 40 percent of city roads are used for parking, worsening the traffic problem.

To a question about candidates' pledges and promises, Can said that he has listened to pledges and promises for 65 years: "If the discount on public transportation is not a temporary action for elections, such initiatives would be good," referring to Yıldırım's other promises.

He has not seen "proper" snow in Istanbul for 15 years and relates this climate change to unplanned urbanization and high-rise buildings that prevent air circulation in the city.

"Istanbul has become the suburb of 81 villages," Can finally added, implying that there is an irony between Istanbul's glorious reputation and current situation.

'Youth should be main target of municipalities'

Two 18-year-old young men sitting on a bench, Yasin and Ali, said that municipalities should invest in youth and education. 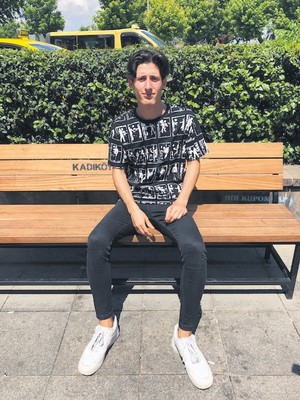 Yasin outlined the economy and difficulties finding a job after graduation are major problems to be solved.

Regarding the Supreme Election Council's (YSK) decision to cancel and renew the mayoral election in Istanbul, Yasin found its consequences positive because the competition between political parties resulted in discounts on water and public transportation.

The mayoral election in Istanbul on March 31 was annulled by the YSK on May 6 due to irregularities and unlawfulness. Nearly 8.5 million voters headed to the polls in Istanbul and a very close race took place between the AK Party's candidate Yıldırım and the CHP's candidate Ekrem İmamoğlu.

The two young friends were also sensitive about the people's needs and public problems. "Me and my friend come from well-off families. But not everyone is like us. Candidates providing aid to needy families would get support," said Ali commenting on voter expectations for the new municipality and mayor.

Traffic and the national economy are two major problems for Dilek, a 56-year-old. When we asked what she expects from the municipality in Istanbul, she replied: "The economic resources of the municipality should be used for the people of Istanbul."

In another example, 24-year-old Enes had similar complaints: crowds, traffic and unplanned urbanization. Enes gave the example of Başakşehir, a district on the European side. "Although Başakşehir is a newly built district, you can see how unplanned all these buildings are."