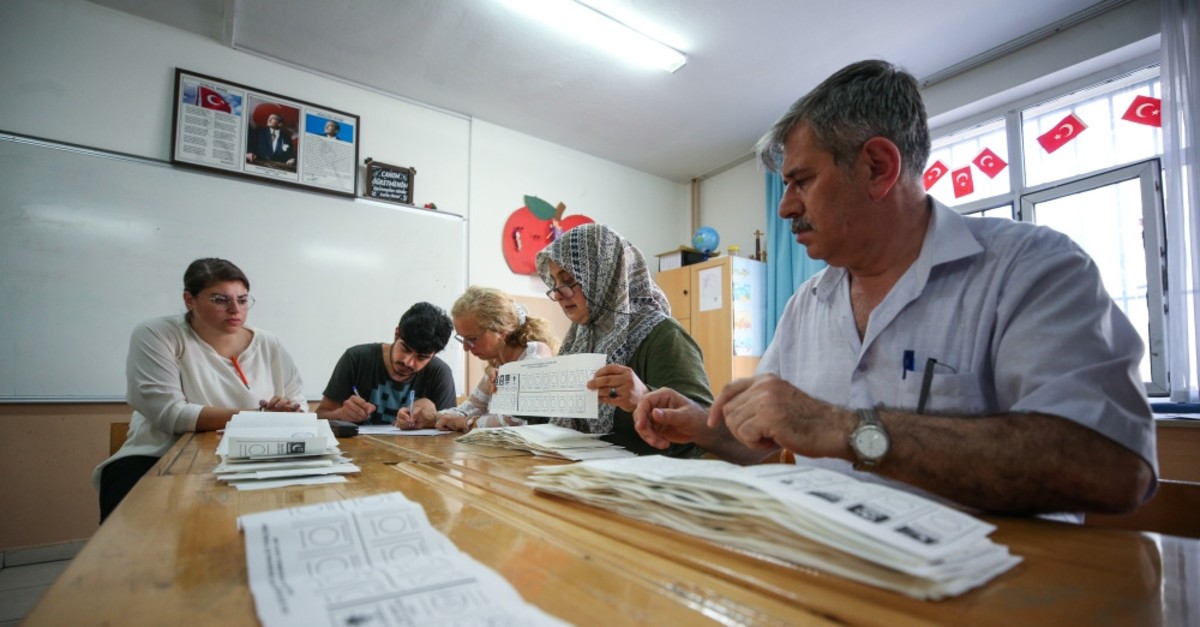 With the June 23 Istanbul mayoral elections completed in a democratic atmosphere, Turkey is now ready to move forward and focus on important issues such as the country's diplomacy

Sunday was a critical day for Istanbul and its residents as they voted for their mayor. Nation Alliance's candidate Ekrem İmamoğlu came out victorious in the election. Although this victory meant that the commercial capital will exchange hands, the outcome is being welcomed by both İmamoğlu's rival People's Alliance candidate Binali Yıldırım and President Recep Tayyip Erdoğan, as they both highlighted their respect for democracy and the people's will.

There was also another topic that was emphasized in post-election statements, the fact that Turkey was closing a chapter that was full of elections and the country is now ready to move forward to a period filled with more significant political issues. "We will continue to work on our 2023 targets as we did until now all together, without compromising the democracy, rule of law, peace, welfare or stability of our country, within the principles of the People's Alliance," Erdoğan tweeted on Sunday, right after he congratulated İmamoğlu on his win. Erdoğan was referring to the previous remarks he made right after the March 31 elections on entering an election-free period, showing that he was still on the same page. Following March 31, Erdoğan initially announced that no elections were planned until 2023, as there had been frequent elections in recent years.

However, the March 31 polls did not turn out as eventless as everyone hoped as suspicions over irregularities started to emerge regarding the municipal polls, the ruling Justice and Development Party (AK Party) demanded a recount of the votes, which was rejected by the main opposition Republican People's Party (CHP).

After the CHP rejected the suggestion to clear suspicions, the Supreme Election Council (YSK) decided to annul the elections and redo the polls on June 23. In other words, the June 23 elections were actually a repeat of the March 31 polls, however, it was a version that was free of suspicions as democracy necessitates. As a result of the June 23 polls, residents in Istanbul were able to choose whoever they wanted freely and felt relieved that no doubt remained in their minds about the election.

"This was a local election but it was a repeat local election, which made it harder for the ruling party to conduct an election campaign since it had to explain to the people why the March 31 elections were annulled in the first place," said Nebi Miş, a political analyst, underlining the difference between having regular polls and repeat polls.

Still, despite difficulties, the democratic scene was intensified on June 23 with the post-election remarks of Yıldırım as well, as he successfully left all the heated campaigning process behind and congratulated his rival with remarkable maturity. "I wish him luck in his duty. I am ready to assist him in any way I can," Yıldırım said, adding that the elections proved that Turkey's democracy is functioning perfectly.

According to Miş, although this was an Istanbul election on the politics of the commercial capital, "it is quite likely that the opposition will try to have influence on general politics based on this victory," which does not change the realities of the country's overall political scene.

The partner of AK Party in the People's Alliance, the Nationalist Movement Party (MHP) Chairman Devlet Bahçeli, on the other hand, said that Turkey should focus on its main agenda, leaving the election process behind. He also added that speculation about a possible early election would be a betrayal against the country, once again emphasizing the importance of having an election-free process.

What's next for Turkey's political agenda?

These statements of the leaders, while putting an emphasis on the democratic atmosphere in the country and marking the end of elections, also raises bigger questions that include not only individual provinces but also the country as a whole. That is to say, what is waiting for Turkey in the near future, in terms of the content of its political agenda, seems to be the one issue that politicians have turned their eyes on as of Sunday night.

"We will continue to meticulously focus on all important matters, domestic and international, for Turkey, especially the G20 summit at the end of this month, the upcoming China visit and later the southern Europe and the Balkans Summit," Erdoğan further said on his social media account on Sunday, signaling what the future holds for the country's politics.

"There are important issues at stake till 2023," Miş also underlined. "However," he added, "on the top of Turkey's agenda, there is foreign policy issues as the president has hinted at the acceleration in issues related to foreign policy will continue."

President has a busy agenda due to diplomatic meetings on the economy and Turkey's purchase of the Russian made S-400 surface-to-air missile (SAM) system in the aftermath of the Istanbul mayoral elections. The president will attend the G20 Leaders' Summit on June 28-29 in Osaka, Japan, where he will meet U.S. President Donald Trump to discuss the S-400 missile system and bilateral investment opportunities.

Erdoğan is expected to reiterate once more Turkey's commitment to the S-400 deal. Turkey's purchase of the Russian-made missile system has complicated relations with the U.S. since late 2017 as American officials oppose the deal on the ground that the S-400 will jeopardize the security of F-35 stealth fighter jets, of which Turkey is one of the manufacturers.

Despite Turkey's iterative offers to set up a working committee under the supervision of the North Atlantic Treaty Organization (NATO), U.S. officials have not given a response to resolve the issue at a technical level.

During the G20 Summit, the president will also meet Russian counterpart Vladimir Putin to discuss economic ties and the S-400 deal; the S-400s are scheduled to be delivered in July.

Following the G20 Osaka Summit, Erdoğan will pay an official visit to China on July 2 to meet Chinese President Xi Jinping. The main focus of the meetings in China will be commercial relations. Turkey aims to have more balanced trade ties with China given the $20 billion trade deficit with the Asian country.

After the Japan and China visits, the president is expected to visit India to meet Indian President Ram Nath Kovind and Prime Minister Narendra Modi. In addition to bilateral economic ties, Erdoğan is also expected to discuss India's decision to buy the S-400 missile system. New strains have emerged between the U.S. and India because of an Indian plan to buy the S-400 SAM from Russia, which can trigger U.S. sanctions under its Countering American Adversaries Through Sanctions Act (CAATSA), prohibiting any engagement with Russia's defense sector.

Apart from overseas visits, Erdoğan will also host foreign heads of states in Ankara before he pays an official visit to Iraq in autumn or toward the end of the year.

It is very hard to have an early election compared to the past now since the [Presidential System] requires 360 parliamentarians to vote in favor of it.