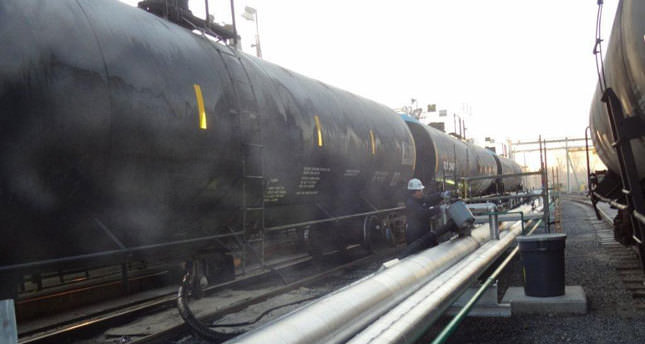 by Aug 05, 2014 12:00 am
An asphalt maker in New Jersey became the second U.S. company to publicly confirm buying Kurdistan Regional Government (KRG) crude oil, saying on Friday it had imported a cargo just weeks before an Iraqi lawsuit over a separate $100 million shipment. Axeon Specialty Products said it received the Kurdish Shaikan crude cargo in June at its Paulsboro refinery. The company did not say whether it is the buyer of another cargo carrying Kurdish crude on the 300,000-barrel Minerva Joy tanker now headed for New Jersey, according to Reuters and ship data. Although Baghdad objects to any independent financial deals with the KRG, small shipments of oil have spread all over the global market.

But even those cargoes are coming under greater scrutiny after Iraq won a U.S. court order this week to seize a onemillion- barrel shipment that arrived in the Gulf of Mexico only a week ago in a dispute that has spooked buyers.

On Thursday, after a Reuters report identified it as having imported Kurdish crude, LyondellBasell confirmed it recently bought "modest quantities" of "Iraqi crudes" but that it would halt further purchases because of the dispute. For its part, Axeon did not say if it would buy any more cargoes of Kurdish crude, but acknowledged it was "the importer of record for the June shipment," according to a company official. "We purchased this cargo on a delivered Paulsboro, New Jersey, basis from a reputable supplier."

The Minerva Joy tanker is slated to deliver on August 11 after leaving a Turkish port used to export crude trucked in by the Kurds, according to shipping data available via ThomsonReuters Eikon. So far, Iraq has focused its crackdown mainly on large tankers departing Ceyan, Turkey, where a pipeline from Northern Iraq ends.

Though purchases aren't banned, Washington has told U.S. companies that buying Kurdish crude can be risky. Iraq's central government has stepped up efforts to block independent oil sales by KRG, which sees the revenues as central to securing greater autonomy from Baghdad. After confirming it bought two cargoes in May, Lyondell did not say if it had agreed to buy the one-million-barrel cargo currently on the tanker United Kalavrvta off the coast of Texas.