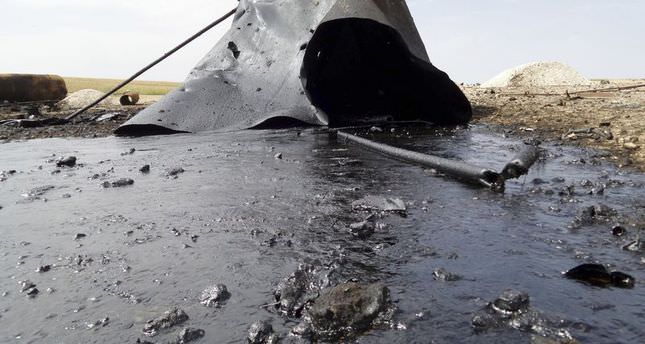 by Daily Sabah with AA Oct 21, 2014 12:00 am
According to the US based energy consultancy firm IHS's report, annual revenues of the self-proclaimed Islamic State of Iraq and Sham (ISIS) militant group from oil production reached up to 800 million USD.

The report states that the illegal production and sales of crude oil and petroleum products by the terrorist group brings a 2 million USD daily income.

Around 50-60 thousand barrels of oil is being produced per day in the areas controlled by the ISIS in Iraq and Syria out of a 350 thousand barrel potential cannot be used due to technical capabilities.

The terrorist group charges 25 to 60 USD per barrel.

The report points out the importance of oil revenues on ISIS's fighting capacity and states the fact that many intermediary agents benefit from this trade.

The existence of mobile oil refineries controlled by the ISIS is also expressed in the report.

ISIS's oil extraction and refining capabilities were among the main targets of recent airstrikes by the US-led coalition.