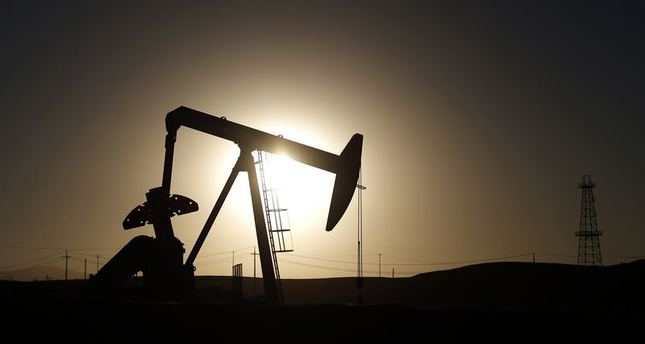 By slashing its export prices for the U.S. market while hiking them for Asia, Saudi Arabia is forcing the price of oil down, in an effort to put political pressure on Iran and Russia according to a Saudi think-tank

According to Rashid Abanmy, the president of Riyadh-based Saudi Arabia Oil Policies and Strategic Expectations Center, Saudi Arabia is forcing the price of oil down in an effort to put political pressure on Iran and Russia. In order to pressure Iran to limit its nuclear program and to change Russia's position on Syria Riyadh will sell oil below the average spot price of $50-60 per barrel in Asian markets and North America, says Abanmy. The marked decrease in the price of oil in the last three months, to $92 from $115 per barrel, was caused by Saudi Arabia, according to Abanmy.

With oil demand declining, the ostensible reason for the price drop is to attract new clients, but the real reason is political, Abanmy said. Saudi Arabia wants to get Iran to limit its nuclear energy expansion, and to make Russia change its position of support for the Assad Regime in Syria. Both countries depend heavily on petroleum exports for revenue, and a lower oil price means less money coming in, Abanmy pointed out. The Gulf States will be less affected by the price drop, he added.

The Organization of the Petroleum Exporting Countries (OPEC), which is the technical arbiter of the price of oil for Saudi Arabia and the 11 other countries that make up the group, won't be able to affect Saudi Arabia's decision, Abanmy maintained. The organization's decisions are only recommendations and are not binding for the member oil producing countries, he explained.

Another analyst took issue with Abanmy's views, however. Caspian Strategy Institute analyst Mubariz Hasanov told Anadolu Agency that a single country cannot have much effect on oil prices. "The U.S. and Saudi Arabia alone do not have the power to seriously affect oil prices," Hasanov insisted. "No country has this kind of power, unless it starts a war or executes a strong embargo, as was done in 1973."

Meanwhile, OPEC is concerned about crude oil prices that have lost more than a quarter of their value since June, but is not panicking, the United Arab Emirates energy minister told Reuters yesterday. The absence of signs that OPEC could curb output also continued to weigh on sentiment as abundant supplies of high-quality oil such as U.S. shale have overwhelmed demand in many markets, filling stocks worldwide. Suhail bin Mohammed al-Mazroui declined to say if OPEC would cut output when it meets on Nov. 27 in Vienna. The gathering is shaping up to be one of OPEC's most important in years. While some OPEC members have voiced concern over the drop in prices, indications are that OPEC is unlikely to cut its output target.

Elsewhere, Rosneft Vice President Mikhail Leontyev said, "Prices can be manipulated . Saudi Arabia has begun making big discounts on oil. This is political manipulation, and Saudi Arabia is being manipulated, which could end badly."

Russia's state budget for 2015 requires oil at least at $100 a barrel. Still, the Kremlin is borrowing no more than $7 billion in 2015 from the usual "foreign investors," plus $27.2 billion internally. According to New York Times columnist Thomas L. Friedman, the U.S. and Saudi Arabia, whether by accident or design, could be pumping Russia and Iran to the brink of economic collapse.