Iraqi FM: Iraq to sell oil to Europe through Turkey 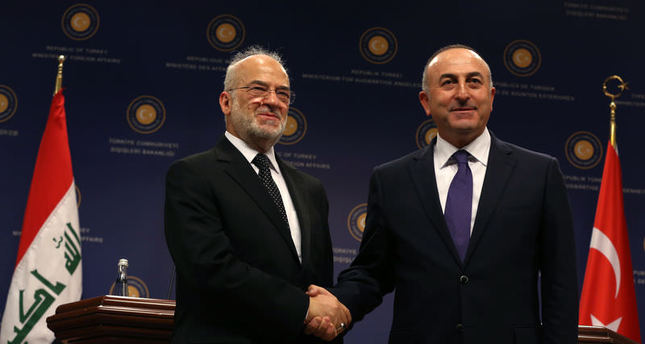 by daily sabah
Nov 07, 2014 12:00 am
Speaking to the press at a breakfast organized at the Sheraton Hotel in Ankara, said Foreign Minister Ibrahim al-Jaafari of Iraq. Regarding the problems related with the use of petrol resources between Baghdad and the Kurdish Regional Government, Jaafari said, "We believe this is over; we want to open up a new page." Regarding the relations between Turkey and Iraq, Jaafari said that the Iraqi government values Turkey as a door to Europe and that Iraq can sell oil and natural gas to Europe through Turkey. He also noted that they want to benefit from Turkey's experience in trade, investments and transportation. Emphasizing that Iraq is a diverse country in terms of race, language and religion, Jaafari said, "Properly administrating such diversity sends a positive message to the world. When success is achieved in such diverse countries, it serves the good of humankind as a whole."

"We perceive this as a national problem. There certainly are current problems, but we will be dealing with such problems within our own country," Jaafari said. Noting that the problems should be resolved according to the Iraqi constitution, Jaafari underscored that oil is Iraq's national treasure and the income that will be obtained from the sale of crude oil belongs to Iraqis. On the funds that are claimed to be gained from the sale of crude oil to Turkey by the Kurdish Government and blocked by Turkish Bank, Halkbank, Jaafari said, "We trust that the income obtained from oil sales is in good hands. We didn't discuss these claims, but more discussions on this matter will be held in detail in the future."