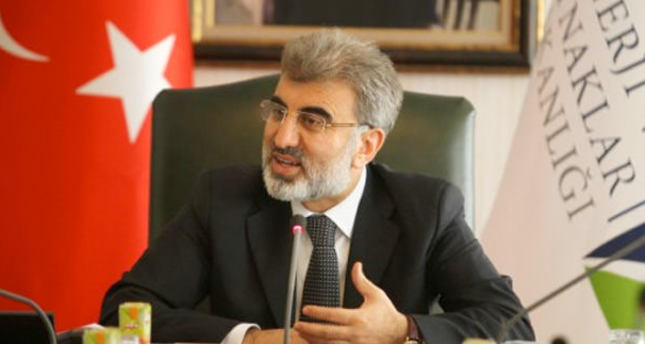 by Daily Sabah with AA Nov 16, 2014 12:00 am
Minister of Energy and Natural Resources Taner Yıldız stated yesterday that the deal between the Iraqi Kurdish Regional Government (KRG) and the Bagdad Government is a pleasing development and that agreement is a must for political stability.

Speaking to press members at Kocaeli Chamber of Commerce, Yıldız further underlined that stability in the country would bring stability to the region as well. "Now, the system established by Turkey is working. It is extremely crucial that the export of 150,000 barrels of crude oil be undertaken by the central Iraqi government on behalf of Northern Iraq. We have exported oil using 32 tankers from Ceyhan and the export of around 25 million barrels from Iraq is important, as it equals more than $2 billion," Yıldız said. He further underlined that this was income the whole Iraqi population could benefit from. "Turkey's attempts and anticipations were right. This deal is both pleasing for the strategies Turkey has undertaken and is also a contribution to the population of the region. Therefore, I believe this is a very positive development," Yıldız concluded.