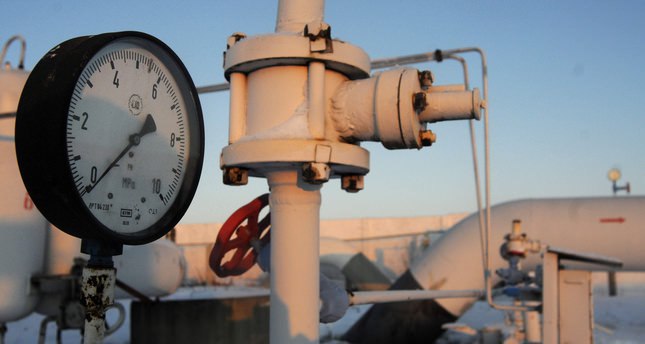 by AA Nov 16, 2014 12:00 am
The most practical route for the delivery of Israeli natural gas to Europe is through Turkey, the Ambassador of Turkish Republic of Northern Cyprus said on Friday.

Israel plans to export its natural gas by one of two possible routes to reach the European market, according to energy experts.

While one of the options is to deliver the gas through southern Cyprus to Greece and to Europe, the other viable option is to use the route through northern Cyprus to Turkey and then to Europe.

"The cheapest and most practical way is to transfer the gas to Europe through Turkey," he added.

Both Israel and Egypt held trilateral meetings with Greece and the Greek Cypriot administration in November to discuss a strategy for the natural gas resources in eastern Mediterranean.

While Egypt needs natural gas imports to satisfy its rising demand for energy, Israel is said to have vast untapped gas resources at the Leviathan field, located off the coast of Israel and southeast of Cyprus.

The Greek Cypriot administration put peace talks on hold in early October after Turkey sent a research ship to explore oil and gas reserves off the island's southern coast.

Turkey has said that the natural resources of Cyprus belong to the whole population of the island, and should be shared equally.

"The Turkish Republic of Northern Cyprus has equal and sovereign rights to the island's natural resources and will not change its policies," said Korkut.

But he said that Turkey and the Republic of Northern Cyprus are determined to find a solution for the island.

"A technical committee should be formed so that the two sides may discover, extract, and share the hydrocarbon reserves of the island," he concluded.

The Turkish Republic of Northern Cyprus was founded in 1983, after Cyprus was divided into northern Turkish and southern Greek territories, when a Greek-Cypriot coup in 1974 to join the island to Greece was answered by a Turkish peace mission.