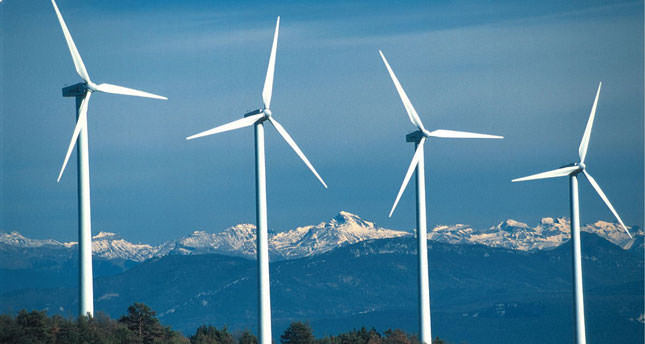 by AA
Nov 25, 2014 12:00 am
The main challenge in energy projects is not finding the required funding, but presenting the correct business model to banks to approve investments, according to an official from the European Bank of Reconstruction and Development.

The bank began investing in Turkey in 2009 and currently operates from offices in Istanbul, Ankara and Gaziantep. To date, the EBRD has invested over 1.1 billion euros in Turkey across 126 projects spanning sectors including infrastructure, energy, agribusiness, industry and finance. The EBRD's portfolio in Turkey has become one of the largest among the countries where the bank operates. "A framework is very important for investing in a project, and you need to know what the rules of the game are," Eric Berglof, Chief Economist of the European Bank of Reconstruction and Development, told AA, adding that in relation to preparatory work for seeking financial help for projects "there may be some challenges in Turkey in that sense." Berglof also said that the EBRD is hopeful to be part of transforming Turkey's power sector, but maintained that an energy project should be profitable and sustainable in the long term without being supported by subsidies. "There are very interesting, exciting renewable projects in Turkey, but sector players still have not come up with the right business model," Berglof said.

The chief economist explained that banks operating in Turkey have not been interested in investing in eastern Turkey nor do they reach women. "They [banks] are not targeting energy efficiency which I think we have done very successfully in other countries." Berglof said. Berglof explained that energy is at the forefront of policy makers more than ever, and geopolitical crises including turmoil in Iraq and Ukraine are creating the need for a new momentum in financial systems.