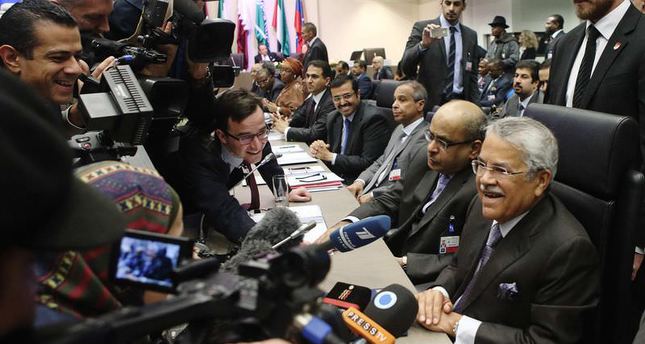 by Associated Press
Nov 27, 2014 12:00 am
OPEC oil ministers decided on Thursday to keep their production target at 30 million barrels a day, despite an oversupply of crude and plunging prices.

The decision in Vienna was mostly expected since OPEC oil power Saudi Arabia had indicated before the meeting that it favors the status-quo. The Saudis are the top producers within the 12-nation organization and effectively decide the cartel's policy.

Some less well-off members had favored a cut, to reduce supplies and push prices back up. But because of booming shale production in the U.S, that would not have made a sizable dent in supply.

The Organization of the Petroleum Exporting Countries still accounts for a third of the world's oil sales, but the 32-percent fall in prices is straining the tenuous image of unity it strives to project.

Analysts say that by opposing an output cut, Saudi Arabia appears to be hoping to drive prices below the level at which shale oil production is economical. That, in theory, would force shale producers, particularly in the U.S., to cut back, re-establishing OPEC's dominance of the energy market.

Experts say shale oil production turns too costly at the $60 a barrel level. That means that if the Saudi strategy works, consumers would benefit in the short run and OPEC over the longer term once prices rise.
Last Update: Nov 28, 2014 9:51 am