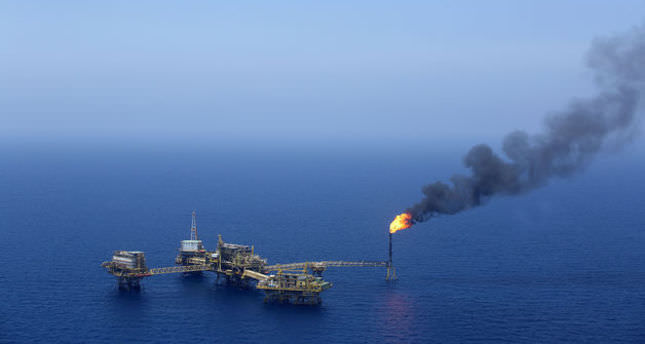 OPEC’s meeting today will be one of its most crucial in recent years. While countries in dire financial positions want significant production cuts, leading producer Saudi Arabia is unlikely to agree to cut its own output

The Organization of the Petroleum Exporting Countries (OPEC) is at a crossroads. The group, which produces 30 million barrels of oil per day, one-third of global liquid fuel demand, is facing the most pronounced decline in oil prices since the financial crisis hit in 2008. Today's meeting of OPEC is the most significant in recent years, as crude futures have sunk by more than 30 percent since June on plentiful oil supplies, a strong dollar and worries about stalling energy demand in a weak global economy. And the oil world now is drastically divided. Ahead of the meeting today, Russia, a non-OPEC member oil producer, made its latest move.

Russian oil giant Rosneft trimmed its oil output amid a continued slide in crude prices according to AFP. Rosneft said it had cut its daily output by 25,000 barrels because of "market conditions." The token reduction represented less than 1 percent of the behemoth's total and did nothing to boost energy prices on depressed global commodity markets. The announcement came after Rosneft Chief Executive Igor Sechin held talks with officials from Mexico and OPEC members Saudi Arabia and Venezuela in Vienna, the venue for today's key meeting. Many at OPEC were taken by surprise by Sechin's suggestion that Russia - in desperate need of oil prices above $100 per barrel to balance its budget - was ready for a price war. Falling prices will ratchet up the pressure on Russia, which needs a price near $110 to balance its budget. While it has a reserve fund to cover any shortfall, this would be depleted fast if oil falls anywhere near $80 and Russia goes into a deep recession. Most of Russia's energy revenues come from oil, not gas.

The Vienna-headquartered cartel is under pressure from its poorer members like Venezuela and Ecuador to cut output after tumbling prices slashed their precious revenues. Oil prices tumbled again on Tuesday on expectations that the OPEC cartel would not agree to cut output. However the cartel's Gulf members, led by kingpin Saudi Arabia, have rejected calls for a cut unless they are guaranteed market share in the highly competitive arena, according to analysts. Analysts say the kingdom is content to see shale oil producers - and even some members of the cartel - suffer from low prices and will resist pressure to reduce output and shore up the cost of oil. Iraqi Oil Minister Adel Abdel Mahdi also deemed the steep price drop "not acceptable."

According to Reuters, Iranian Oil Minister Bijan Zangeneh said some OPEC members, although not Iran itself, were gearing up for a battle over market share and insisted that non-OPEC producers needed to participate in any OPEC-led output cut. Those complications have sparked conspiracy theories ranging from Saudis seeking to curtail the U.S. oil boom, which needs high prices to remain profitable, to Riyadh looking to undermine Iran and Russia due to their support of Saudi's arch enemy, Syrian President Bashar Assad. Lower oil prices also might slow the growth of oil production in parts of the U.S., Canada and elsewhere because it will no longer be so profitable, helping sideline some OPEC competition.

As for Turkey, speaking to the Anadolu Agency (AA), various economists have commented on the effect of the decrease in oil prices on Turkey's current account deficit, inflation and the monetary policies of the Central Bank of the Republic of Turkey (CBRT). Economists have underlined that even though crude oil prices have dropped to the lowest level this year, the yearly average, which is currently around $108 (TL 233.65), should be taken into consideration. Thus, the levels are almost the same when compared to last year, and economists note that if oil prices continue at this level, it will have a positive but limited effect on lowering Turkey's current account deficit.

Economists all agreed that since the CBRT is dealing with inflation and the depreciation of the lira, a decrease in crude oil prices will not have any effect on the monetary policies of the CBRT. According to Garanti Bank Chief Economist Nihan Ziya Erdem, if the low levels continue until the end of the year, the yearly average will be around $106, thus decreasing energy costs and, in other words, the current account deficit by $1-1.5 billion. Finansinvest's Chief Economist Burak Kanlı also noted that despite actions taken to increase Turkey's energy resources, Turkey still remains highly dependent in terms of energy. He further underlined that crude oil prices also depend on geopolitical risks and global oil demand and that the decrease in oil prices will have a limited effect on the current account deficit. He also noted that the crude oil prices would not have an important effect on inflation since inflation depends mostly on food prices and exchange rate transitivity.

According to AP, a sharp drop in global oil prices has reduced the amount of money OPEC countries take in by nearly $1 billion a day. The 12-member group's purpose is to coordinate how much oil is produced in order to keep prices high and stable and maximize member countries' revenue while making sure global demand for oil stays strong. A steep, coordinated cut in output could stop and possibly reverse what has been a 32 percent decline in prices over five months. Analysts think OPEC members won't agree to a cut or the cut will be too small to influence oil prices. They could also, as in the past, agree to lower production but then fail to stick to the target. That could mean further declines in the price of oil, along with fuels such as gasoline, diesel and jet fuel. Without a cut in output, global supply is on track to exceed demand by 1.2 million barrels per day next year. If that comes to pass, oil prices would almost certainly decline further. Even a modest announced cut of 500,000 barrels per day or adherence to current OPEC quotas, might not be enough to stop the slide in prices.