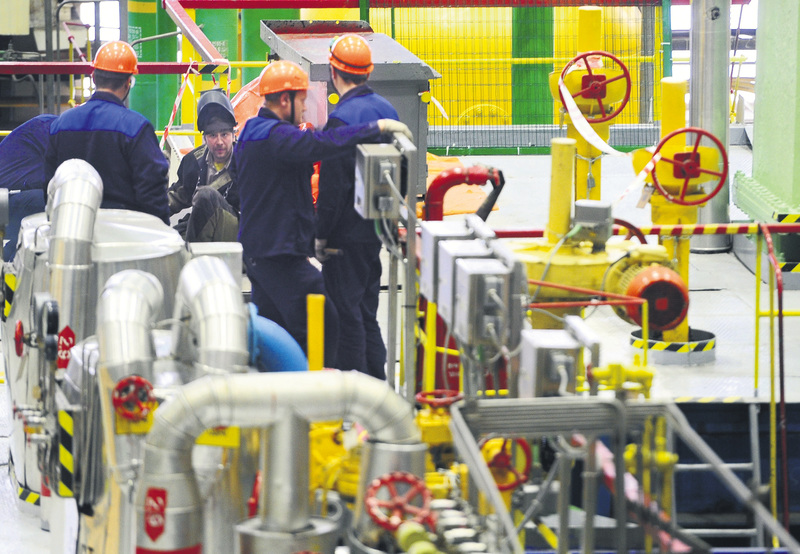 by Anadolu Agency Mar 07, 2015 12:00 am
Turkey's Akkuyu nuclear power plant, which is to be built by the Turkish subsidiary of Russian state nuclear corporation Rosatom, will have more thorough security conditions than those recommended by the Russian Novovoronezh nuclear plant, said the plant's senior official Thursday.

Senior official Andrey Abramov said that Akkuyu's geographic and security conditions will be different from that of the Novovoronezh plant and that the security standards of the plant will be higher after the Fukushima disaster in Japan.

Abramov explained that the plant will be constructed with a high level of security taking into consideration climate conditions, earthquake and tsunami risks. He said the plant would have the durability to withstand a 400-ton airplane crash as opposed to the Novovoronezh plant, which was constructed to withstand a five ton to seven ton plane crash. Additionally, he said that Akkuyu's cooling system would not harm the seawater.

"Cooling water will be transferred through pipes and will not come into contact with radioactive material. With the three-phase protection system, the cleanliness of circulated water in the turbines is guaranteed," he said.

The Novovoronezh nuclear plant, located on the Don River, 45 kilometers from the oblast of Voronezh, near the country's border with Ukraine, will be the reference for the construction of Turkey's nuclear plant. The plant started generating electricity in 1964 and has 1,800 megawatts of generation capacity with three power reactors.

Abramov claimed that nuclear energy is harmless to nature, adding that the Akkuyu plant will provide employment for 10,000 workers at the facility. "I would not have worked in a nuclear plant for 27 years if it was harmful," Abramov said.

The agreement over the Akkuyu nuclear project was signed between Russia and Turkey in Ankara on May 12, 2010. The Turkish subsidiary of Russian state-run Rosatom will construct the country's first nuclear power plant. The company will build and operate the four-reactor nuclear power plant in Mersin province on Turkey's Mediterranean coast. The Akkuyu nuclear power plant is estimated to cost around $20 billion. The reactor's construction is estimated to begin in 2016 and is expected to be operational by 2020 and fully operational by 2023.
Last Update: Mar 07, 2015 1:03 am
RELATED TOPICS