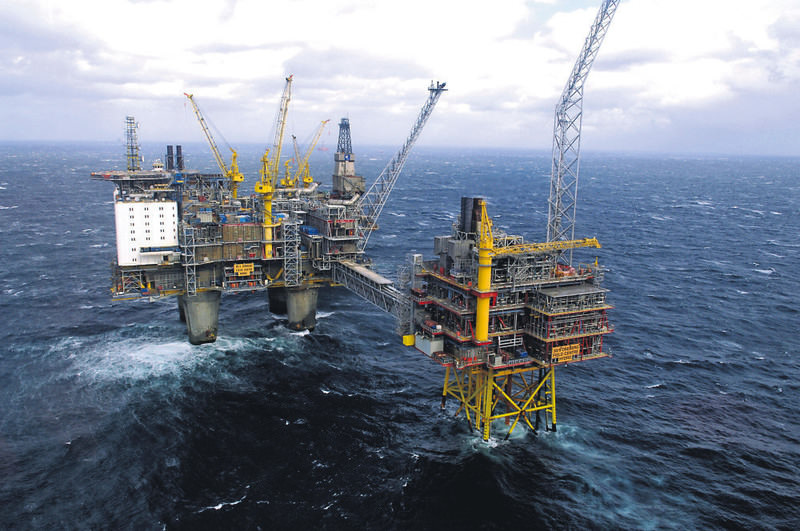 by Emre Diner Mar 18, 2015 12:00 am
Greek Cypriot Energy Minister of Yorgos Lakkotripis, speaking to Daily Sabah at a conference in Nicosia hosted by the American Noble Energy on the gas reserves in the Eastern Mediterranean, said the resolution of the Cyprus issue would allow Turks and Greeks on Cyprus together with Turkey and Greece to benefit from energy reserves. The representatives of various prominent energy companies have gathered in Greek Cyprus for the Eastern Mediterranean Gas Conference. Various CEOs of leading energy companies, including representatives of Noble Energy, Gulf, ENI and Cyprus Gas Oil, came together in Greek Cyprus for the Eastern Mediterranean Gas Conference, which will continue over the next two days.

The conference is attended by energy experts from many countries, including Israel, U.S., Russia and Egypt, along with Lakkotripis and Greek Cyprus Finance Minister Haris Yeorgiadis. It was announced at the conference that there is 4.5 trillion cubic meters of natural gas in the Eastern Mediterranean Sea. Whether the natural gas located around the 12th parallel, announced unilaterally by the Greek Cypriot side, will be connected to Egypt, was also discussed by marketing and sales strategies experts. Lakkotripis said that they have been working on energy resources, especially crude oil and natural gas, in the last few years. He said that "in order for the whole country to benefit, it is important to draw the attention of global companies to enter into global markets." He further said that while they are working on hydrocarbons, it is a long process and they are willing to create a database for the crude oil and natural gas industry. "Everyone should know that Cyprus is a center for hydrocarbon. Anyone who tries to underestimate our data should be aware of this. All data will be revealed soon," added Lakkotripis. The Energy Minister also had a message for Turkey and said that they are ready to cooperate with Turkey. However, they do not approve of the publication of Navtex for the second time. Lakkotripis noted that if Turkey approaches the "Cyprus problem" constructively, it can benefit from the hydrocarbon resources. "We need to resolve the Cyprus problem as this will be for the benefit of the whole of Cyprus. Along with Cypriots, both Greece and Turkey will benefit from the improvements in the economy," added Lakkotripis.
Last Update: Mar 18, 2015 10:39 pm
RELATED TOPICS