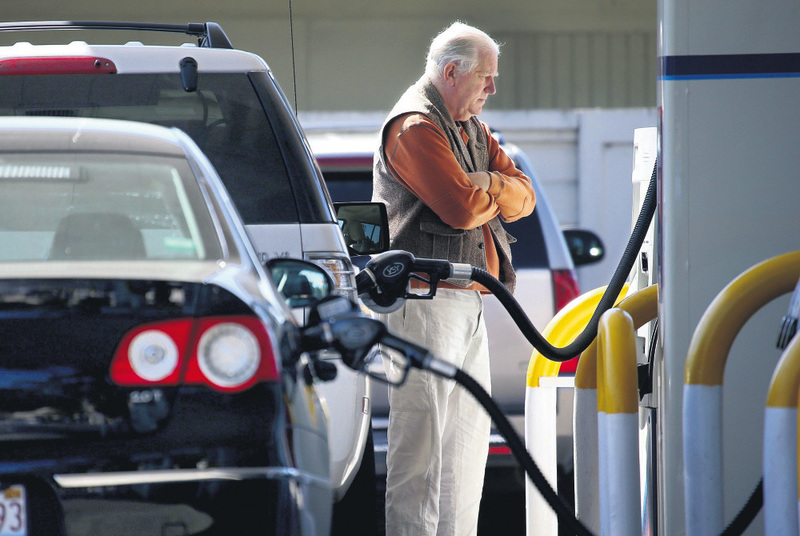 by Associated Press Mar 25, 2015 12:00 am
A modest rebound in gas costs and broad gains in other categories lifted consumer prices for the first time in four months, a sign inflation may be stabilizing. The consumer price index rose 0.2 percent in February, the Labor Department said Tuesday, after dropping 0.7 percent the previous month. January's decline was the biggest in six years.

Gas prices have plummeted since June, dramatically lowering inflation. They fell for seven straight months before rising 2.4 percent in February, the government said. Prices at the pump are still nearly 33 percent lower than a year ago. Largely as a result, consumer prices were unchanged in the 12 months ending in February after slipping 0.1 percent in January from a year earlier. Yet excluding gas, prices have been more stable. Outside food and energy, core prices also rose 0.2 percent last month. The cost of rents, clothes, new and used cars, and airfares all increased. Core prices have risen 1.7 percent in the past year.

Even with February's uptick in prices, economists expect the strong dollar will keep inflation in check in the coming months because it makes imported goods cheaper. The dollar has risen sharply in value in the past year compared with the euro and yen, as the U.S. economy is growing more quickly than those in Europe and Japan. As gas prices stabilize, the year-over-year inflation rate should eventually start to rise, probably by mid-year, economists say. Paul Ashworth, chief economist at Capital Economics, says core inflation won't reach the Fed's 2 percent target until the first half of next year. "It is too early to say inflation is turning higher," said Jennifer Lee, an economist at BMO Capital Markets. The dollar's strength "takes time to filter through to prices and the recent increase will show up in coming months."

The consumer price index is far below the 2 percent target set by the Federal Reserve, complicating the Fed's decision on when to raise the short-term interest rate it controls. Job growth has been robust and the economy is expanding at a steady, if moderate, pace. Typically, that would lead the Fed to raise the rate from near zero, where it has been pinned since December 2008. But price increases below the 2 percent target argue for postponing a rate increase. The Fed has chosen that target as a cushion against deflation. After a two-day meeting last week, Fed policymakers said in a statement that it may be appropriate to raise rates after "further improvement in the labor market" and when they are "reasonably confident that inflation will move back to its 2 percent objective over the medium term." That statement caused many analysts to push back their estimate of when the Fed will move until September or later. Some economists still expect the first rate increase will happen in June. Gas prices plummeted 60 percent from June through January, falling to a five-year low of $2.03 a gallon on average nationwide, according to AAA. But it rebounded to $2.33 by late February. Some other trends are also keeping prices from falling. Rental apartment vacancies fell to their lowest level in 25 years at the end of last year, according to Joseph Carson, U.S. economist for asset manager AllianceBernstein. That pushed up average rents 3.4 percent in 2014, the biggest gain in six years. That upward move is lifting core inflation.
Last Update: Mar 25, 2015 2:10 am
RELATED TOPICS