BP to pay record $18.7B to states affected by spill 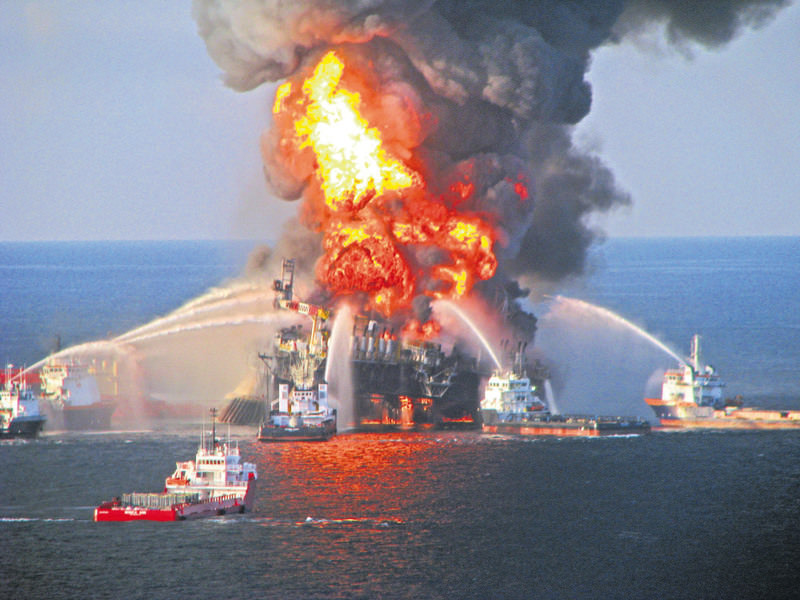 by Associated Press Jul 03, 2015 12:00 am
More than five years after the worst offshore oil spill in U.S. history fouled beaches, coated seabirds in thick goo and threatened delicate marshes, BP has agreed to pay a record settlement to affected states in hopes of bringing an end to a legal drama that has cost the company billions.

BP and five coastal states announced a deal Thursday to provide $18.7 billion in new money to the states. The company said the settlement would bring its full obligations to an estimated $53.8 billion. The Deepwater Horizon disaster killed 11 rig workers and spewed millions of gallons of crude. Federal and state government officials touted the record-breaking agreement as a milestone in the Gulf Coast's recovery although some environmental groups and local officials thought BP should have paid more.

The settlement also provides BP with a valuable return: Much of the payments, to be made over the next 18 years, could be tax-deductible. In addition, the London-based oil giant is freer to embark on new ventures now that it is finally able to provide shareholders with a clearer cost picture.

"This allows us to manage BP as an oil company," company CEO Bob Dudley said during a conference call. He said BP could launch as many as 20 major new projects by 2020, depending on oil prices.

The Justice Department said Thursday's agreement would be the largest environmental settlement in U.S. history as well as the largest-ever civil settlement with a single entity. Civil claims by the five Gulf states and the federal government were, by far, the largest unresolved piece of BP's financial obligations for the spill.

"It's definitely a win for BP. No company can really do well when you have such a big litigation issue hanging over it," said Brian Youngberg, an energy analyst for Edward Jones.

In 2012, BP reached a similar settlement agreement with private attorneys for businesses and residents who claim the spill cost them money. That deal, which didn't have a cap, led to a protracted court battle over subsequent payouts to businesses. A court-supervised claims administrator is still processing many of these claims.

The broad outlines of the deal announced Thursday were described in the court filing, but a confidentiality order is keeping the fine print under seal. Eventually, there will be a public comment period on the agreement's merits before a federal judge decides whether to accept it, the Justice Department said.

"No company will ever conduct deep-water drilling in the way that BP did prior to the Gulf oil spill," Uhlman said.

The settlement covers "the vast majority of local governmental entities" in the five states. But the government of one of Louisiana's hardest-hit areas, coastal Plaquemines Parish, says it has not yet agreed, raising questions about whether BP could still face at least some legal hurdles.

Without saying how much it was offered or how much it seeks, the parish said it wants to be able to rebuild pelican nesting grounds and recover millions of dollars in spill-related administrative costs.
Last Update: Jul 03, 2015 9:50 pm
RELATED TOPICS