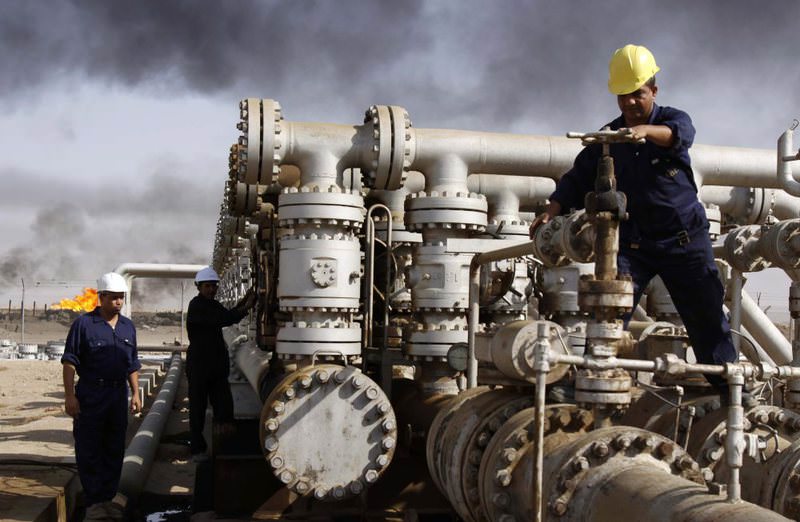 by Daily Sabah with Wires Jul 12, 2015 12:00 am
The Kurdistan Regional Government (KRG) announced that they have started selling their oil independent of the Baghdad government. This decision, which seems like a big step toward Kurdish independence, hasn't received any objections from Turkish officials. The KRG's move has ignited the "independent Kurdistan" discussions. KRG spokesperson Sefin Dizayi remarked that Turkey is not going to intervene in the independent sale of oil as the current seller of the oil, which is analyzed as Turkey lifting its redlines regarding the formation of an independent Kurdish administration in northern Iraq.

The agreement signed in December 2014 between the Irbil and Baghdad administrations decreed Kurdish administration to export oil via Turkey up to 550,000 barrels a day including Kirkuk oil. In exchange, as part of the deal, the federal government would resume payments to the Kurdish region of 17 percent of the state budget, and would additionally pay $1 billion towards salaries and equipment of the Kurdish peshmerga forces fighting alongside the Iraqi army against ISIS. However, the Baghdad administration did not fulfill the proviso on their part, sending amounts that were way below a monthly average of $1 billion that the Irbil administration expected to receive. The KRG announced that they have started selling their oil independent from the Baghdad administration.
Last Update: Jul 12, 2015 7:41 pm
RELATED TOPICS