Britain pledges $3.1B for nuclear plant 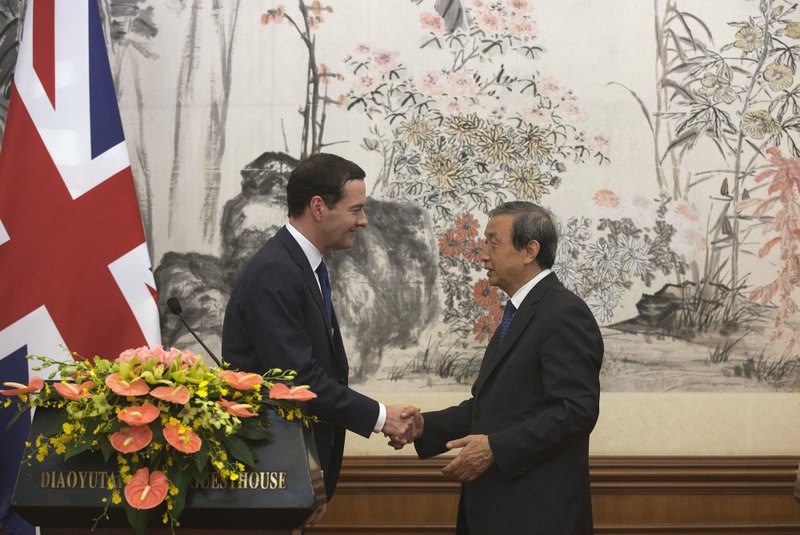 by Sep 22, 2015 12:00 am
Britain pledged 2 billion pounds ($3.1 billion) on Monday for a nuclear plant set to be built in England by a consortium, including Chinese firms, which would be the country's first new nuclear power station in decades.

Chancellor George Osborne announced the funding during a visit to China, saying the Hinkley Point plant was necessary to meet Britain's energy needs as older coal and nuclear plants are retired. A consortium led by French energy company EDF is expected to make a final decision this year on whether to invest in the plant, but the firm's chief executive welcomed the funding pledge. "The Chancellor's approval of the infrastructure guarantee is a clear sign of the government's commitment to Hinkley Point C," EDF CEO Vincent de Rivas was quoted as saying in a statement from the British Treasury.

EDF is the lead contractor in the consortium, which also includes state-run Chinese firms China General Nuclear Corporation and China National Nuclear Corporation. The Chinese companies are expected to largely finance and get a stake of around 40 percent in the project, which will have two new reactors that authorities hope will generate 7 percent of Britain's electricity.

The announcement came during a five-day trip by Osborne during which he is pushing for closer trade ties with the world's second-largest economy, even as global concerns deepen about its health. "We very much welcome Chinese investment not just in that project but the potential for majority Chinese investment in future nuclear projects in the United Kingdom," he told reporters.

The final decision on investment in the plant could come during a visit to Britain by Chinese President Xi Jinping next month.

The Austrian government has filed a legal complaint to the European Court of Justice against state subsidies for the Hinkley Point nuclear plant on the grounds they distort the market.

Seen as a major boost to the nuclear industry four years after the disaster at Japan's Fukushima plant, some environmentalists see Hinkley Point as an unnecessary support for nuclear energy just as renewable energy technologies begin to take hold.
RELATED TOPICS