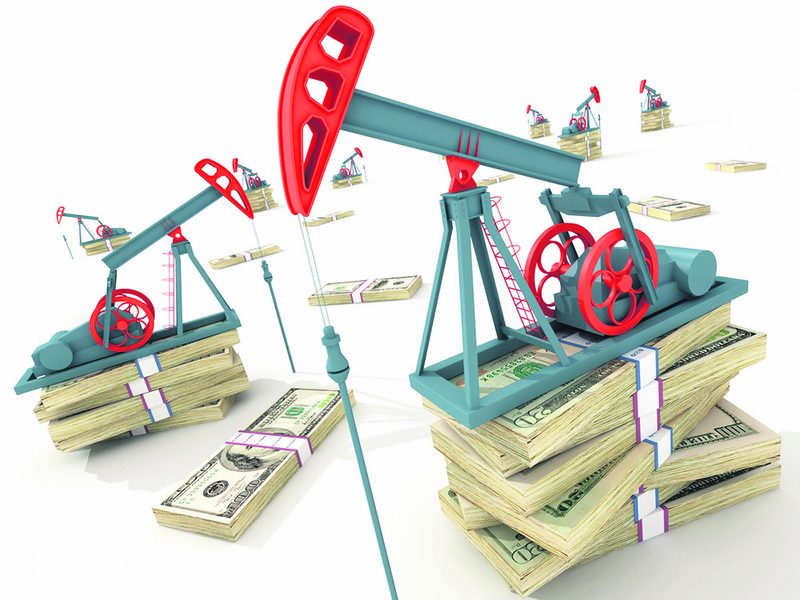 A recovery in oil prices spread to stock markets and emerging market currencies on Wednesday, with the prospect of more support from the world's central banks offsetting more disappointing economic data. After a dismal summer, which saw the worst quarter for global equities since 2011, traders say fund managers are ready to pile back in, hoping the recent market reversal was a hiccup rather than the end of a six-year bull market.

Mining and energy shares were the big winners in Europe, up 2 to 4 percent. Emerging-market stocks also rose 2 percent, to their highest level since mid-August, although tourism and airlines stocks lost ground, on the prospect of asqueeze on profits from higher input costs.

All that left global equities set for their sixth straight day of gains.

The heart of the rally was a jump of more than $1 for U.S. crude oil to $49.64 per barrel. However, the gain was largely driven by evidence of tighter supply and dwindling inventories after two years of heavy surplus and a collapse in commodity prices.

In fact, there was little reason for more optimism on the underlying economy on Wednesday. Data showed German industrial output fell in August at its fastest pace in a year and growth in Spanish output slowed. British retails prices dropped more in September than they had in August, according to the British Retail Consortium.

Although the Bank of Japan held off on expanding monetary stimulus on Wednesday, expectations of more support rather than less is growing, as worries mount over a global economic slowdown. This week, the International Monetary Fund cut its forecast for growth again.

"The sense is that interest rates are not going to rise in the foreseeable future," said Deutsche Bank Managing Director Nick Lawson, adding that after a rough September investors were ready to put more firepower into rebound bets."The market is proving its addiction to QE (quantitative easing)."

Investors have scaled back expectations the Federal Reserve will raise interest rates this year after surprisingly weak U.S. jobs data on Friday. Worries over the American economy grew after the largest expansion of the U.S. trade deficit in five months.

Beaten-up emerging markets, meanwhile, got a lift to their currencies amid the rally. The Indonesian rupiah surged

2.3 percent on Wednesday, taking its gains so far this week to over five percent. The Malaysian ringgit MYR= also jumped 2.4 percent.The New Zealand dollar popped to a seven-week high on a solid rise in dairy prices. The Australian dollar hit a two-week high AUD= of $0.7188 while the Canadian dollar firmed to C$1.3026, nearing its September peak of C$1.3013.

Meanwhile, the dollar fell under 2.93 against the Turkish lira yesterday at around 2:26 p.m., marking its lowest level since Sept. 2, while the lira rose against the currencies of other developing countries, as the U.S. Federal Reserve (Fed) is expected to delay an increase in interest rates this year.

Regardless of the positive atmosphere in global markets, corporate demand for dollars since the beginning of this week has restricted the fall in dollar/lira parity. Yesterday, a fall in exchange rates accelerated lesser acquisitions and the loss in the dollar's global value.

The positive reflection of the rise in oil prices on energy stocks, the current scene of the markets and the fact that foreign trade findings announced on Monday suspended expectations of the Fed's possible rise in interest rates has led to the dollar's loss against developing countries' currencies. The current scene has relaxed developing countries for a short period of time, especially those with foreign currency debt and high inflation, as their currencies regained value.

Speaking to the CNBC-e/NTV channel, former Deputy Prime Minister Ali Babacan compared Turkey's position to emerging markets. Regarding fluctuations in the dollar, he said: "External factors are what affect Turkey. What is happening in Turkey is occurring in many developing countries, too. The Brazilian real lost more than the lira," he said, adding that Turkey is dealing with its own domestic issues. "If there is political uncertainty, doubts concerning monetary policies will increase.

Following the elections, if a strong government presents an effective monetary program, then these doubts will be eliminated," he said. Babacan added that Turkey then would be less affected by such fluctuations among developing countries. "Fluctuations can emerge in the future, yet Turkey will pass through them much more easily. Elections are very important. The monetary policy of the new government is also very important. The Fed's decision is still uncertain, and China seems to be a risk resource," he went on to say. Babacan noted that some unfavorable developments in China could spread to other countries. "We should make our economy safe. If we achieve this, then we can reach our target even if there is a storm. Otherwise, we might confuse our route on the clear sea," he stressed.

Considering fluctuations in the exchange rate in the near future, some analysts have said that the findings announced in the U.S. are below market expectations, leading the Fed to delay an increase in interest rates. The analysts said that the scene also increases risk appetite. They said that assets in lira become more valuable with increased risk appetite, and if the positive scene continues in the dollar/lira exchange, the dollar can fall to 2.90 in a short period of time. The analysts also said that if the dollar/lira parity technically remains under 2.9400, then the interest in the lira would continue. Otherwise, its current rate - 2.9800 -- would be seen as resistance.
RELATED TOPICS