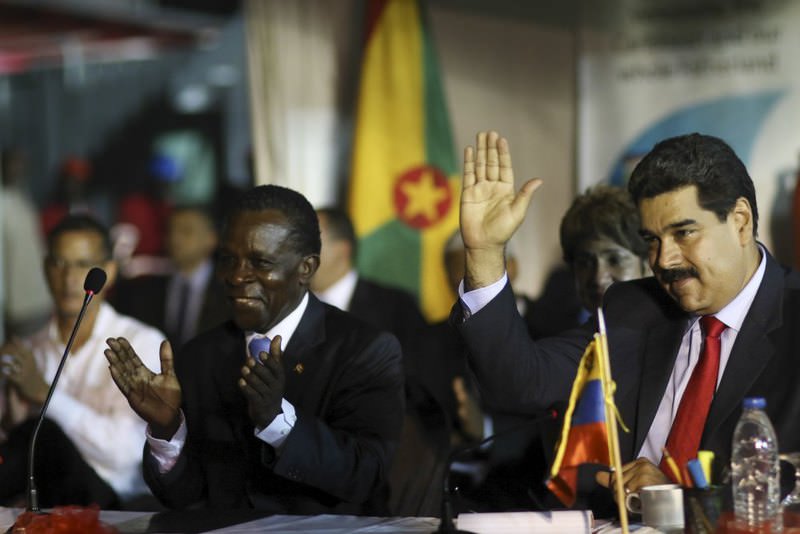 by Associated Press Oct 19, 2015 12:00 am
Venezuela announced Saturday that its state-owned oil company will buy a 25 percent stake in West Indies Oil Co. and that it will establish a regional bank with the Antigua and Barbuda government to fund a new resort. The announcement came during a visit to Antigua by Venezuelan President Nicolas Maduro, who was on a whirlwind weekend Caribbean tour that included stops at three other nations Suriname, St. Lucia and Grenada. He was meeting with their leaders to discuss economic and social development initiatives.

Venezuelan officials said the regional bank would finance the new Simon Bolivar Resort Hotel and other development projects using resources generated by the Petrocaribe program, which provides low-cost oil financing to Caribbean and Central American countries and invests in social development projects. The Caribbean nations visited by Maduro are members of the Petrocaribe program, which critics say has lost effectiveness with the drop in oil prices. Last March, Barclays analysts estimated Venezuela had cut the program's daily oil shipments in half, to 200,000 barrels from 400,000.
Last Update: Oct 19, 2015 1:05 am
RELATED TOPICS