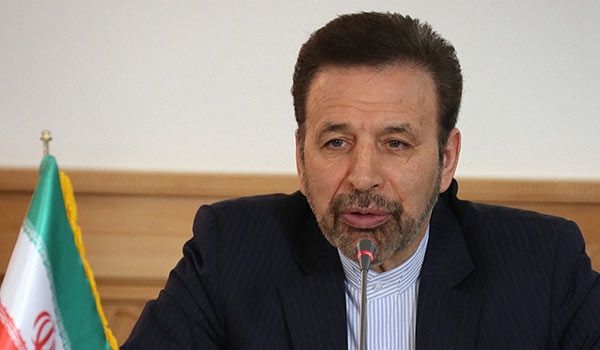 Speaking at a press conference after meeting with Russian Energy Minister Alexander Novak, Vaezi said the line of credit will begin a new era for the improvement of economic relations between the two countries.

"We will increase opportunities for Russian companies to invest in Iran. The trade volume between the two countries is around $1.7 billion. We want to raise this amount as soon as possible," Vaezi explained.

Russian Energy Minister Novak visited Tehran with officials of 50 Russian companies that are active in sectors such as oil, natural gas, petrochemical, power plants and railway.

"Agreements concluded [with Russia] include the construction of at least one thermal power plant and the modernization of one of the power plants which Russia had already built in Iran, as well as synchronizing activity between electricity power plants in both countries," he said, according to the Iranian Republic News Agency (IRNA).

He said the thermal power plant will be constructed in Bandar Abbas, in southern Iran at the Strait of Hormuz. It will include two units and will provide 350 megawatts of output.

In addition, Chitchian said Novak offered to provide financial support for energy projects, while cooperation between the two countries may also include deepwater exploration in Iran.

"Iran would receive gas, crude oil and oil derivatives from Russia in the north, and deliver oil products to Russian customers in the south," he said, according to IRNA.

Zanganeh said he also talked to Novak on Wednesday about the current situation of the global oil market and the low price of oil.

"The Russians say that current oil prices put them under pressure. However, they are satisfied with the situation. The Russians believe that no intervention should be undertaken in the market away from the normal course of the business," he was quoted saying by IRNA.

Russia was one of the non-OPEC countries that were invited to the cartel's technical meeting on Wednesday in Vienna. However, the countries did not take any decision to reduce their respective oil production levels.

Due to oversupply and low global demand, oil prices fell around 60 percent, from $115 per barrel on July 20 to under $48 a barrel on Wednesday. But, Russia managed to increase its oil production level to 10.7 million barrels per day, from 10.1 million barrels a day, during that period.

Zanganeh on Monday called for OPEC to cut its production quota in order to pressure oil prices higher.

In addition, Tehran asked for the cartel to increase the size of its output quota as Iran plans to increase its oil production once the sanctions on the country are removed.
Last Update: Oct 22, 2015 2:21 pm
RELATED TOPICS