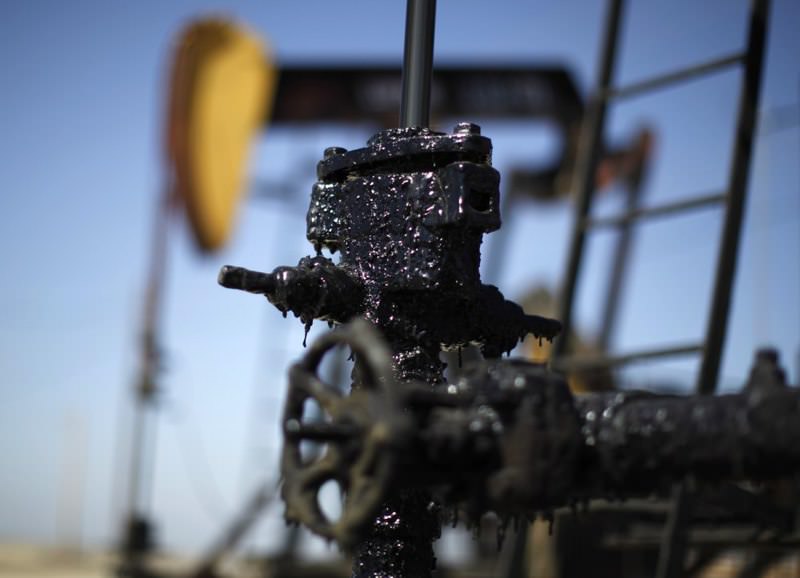 by French Press Agency - AFP Oct 27, 2015 12:00 am
World oil prices held firm on Monday in a positive start to the week, but the market remains beset with worries over abundant global oil supplies. U.S. benchmark West Texas Intermediate (WTI) for delivery in December added eight cents to $44.68 per barrel compared with Friday's close. Brent North Sea crude for December delivery was up two cents at $48.01 per barrel in London midday deals.

"Brent is continuing to trade at around $48 per barrel," said Commerzbank analyst Carsten Fritsch. "Apart from a brief surge at the beginning of this month, it has not moved far from this level in either direction over the past eight weeks. "Things are unlikely to be any different this week either, for the fundamental situation remains unchanged: the market is significantly oversupplied at the moment, as overflowing stocks of crude oil and products - above all in the United States - confirm time and time again."

The head of the International Energy Agency (IEA) declared Monday that ample supplies of oil in the world market would extend into the middle of next year, while investment is expected to decline further because of persistently low prices.

Oil investment is already down 20 percent worldwide this year and another drop is likely in 2016, Birol told an energy conference in Singapore - marking the first time since the mid-1990s that spending has fallen for two straight years.

While cheap crude can be a boon for consumers they are hurting spending on energy projects.

"This may well have implications for the future of the oil markets," he said in a keynote speech at the Singapore International Energy Week. "I would like to emphasize that it will be a grave mistake to index our attention to oil security to the oil price trajectory in the short-term," he said.

Oil prices have plunged by more than half from peaks above $100 a barrel in June last year owing to slackening demand in the global economy, record production by the Organisation of Petroleum Exporting Countries (OPEC) and a strong dollar.

Birol said the market saturation, which has depressed oil prices for over a year, is likely to persist up to the middle of 2016. "Looking at the next few months until mid-2016 we see that the markets are comfortably supplied," he said. But he added that ongoing troubles across the Middle East could disrupt oil supplies, posing a crucial challenge for the industry.

"We should not forget that the Middle East is and will remain the largest oil exporting region in the world for many years to come," Birol said. "And the current turmoil in the Middle East is at a level we have not seen in several decades. What is happening in Syria, Libya, Iran and Yemen, they all tell us that oil security, energy security is a major preoccupation for all of us."

Rebalancing oil supplies and demand will depend on a pick-up in China's economic growth and on the timing and volume of Iranian crude returning to the market after western sanctions are lifted under a deal to curb Tehran's nuclear ambitions, he said.

Birol said Iran could boost production by 400,000-600,000 barrels of per day within a year after sanctions are lifted from its existing fields, and more could come from the country's floating storage platforms.
RELATED TOPICS