Turkey goes from a transit country to an energy hub 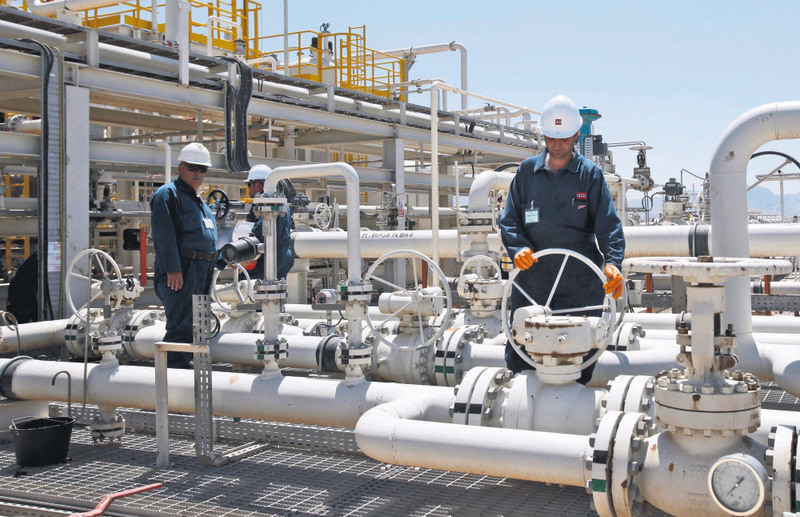 "Turkey is not an energy-abundant country but we gained a significant place through our energy strategy and security measures we have taken. Turkey is a stunning energy market and one of the fastest growing energy markets. We want to change our energy basket into a more efficient and better one. In order to do this, we want to utilize the most suitable energy resources. We want to activate nuclear power plants as soon as possible. We also want to increase our renewable energy capacity along with hydraulic and wind energy."

During discussions on Friday, the Kurdish Regional Government's (KRG) energy outlook and its growing role in the energy market was emphasized. KRG export oil would "satisfy the entire Turkish demand for the next 50 years," said Tony Hayward, chairman of General Energy. The KRG will become "a major gas exporter initially to Turkey and over time to Europe," Hayward said.

"It will allow Turkey to diversify its resources of gas supply away from both Russia and Iran. It will come at a significantly low cost for the Turkish government. We have full term gas agreements in place between the Kurdistan region of Iraq and Turkey. Engineering ... is ongoing. We anticipate establishing a company," Hayward added.

"My expectation is that by the early 2020s, more than 20 billion cubic meters of gas a year will flow from the Kurdish region of Iraq into the Turkish market and into Europe. This will be a completely transformative step for both Turkey and the Kurdish region," he said, underscoring that Kurdish oil will "cement the very special relationship" between the two sides.

Rende also said that Kurdish oil has become a significant player in the energy market as it struggles with the DAESH terrorist organization and the ensuing flood of Syrian refugees.

"Oil reserves that could meet Turkey's natural gas demands for the next 50 years is being talked about. If there is such an amount of oil and gas reserves on the other side of our borders, Turkey would be the best market," he said.

Ashti Hawrami, minister of natural resources for the KRG, said that the greater risk for Kurdish oil and gas exports come from the "protection of the south."

The two-day summit brought together government, private sector, and civil society leaders from many countries in the regions around Turkey under the theme: "Building Stability and Business Resilience in Volatile Times." With a primary focus on the deadly Paris attacks last Friday, discussions at the summit have centered on the security and stability issues affecting energy and economic development in many countries in the region; mainly Russia, Central Asia, the Caucasus, Europe and the Middle East.
Last Update: Nov 21, 2015 1:51 pm
RELATED TOPICS