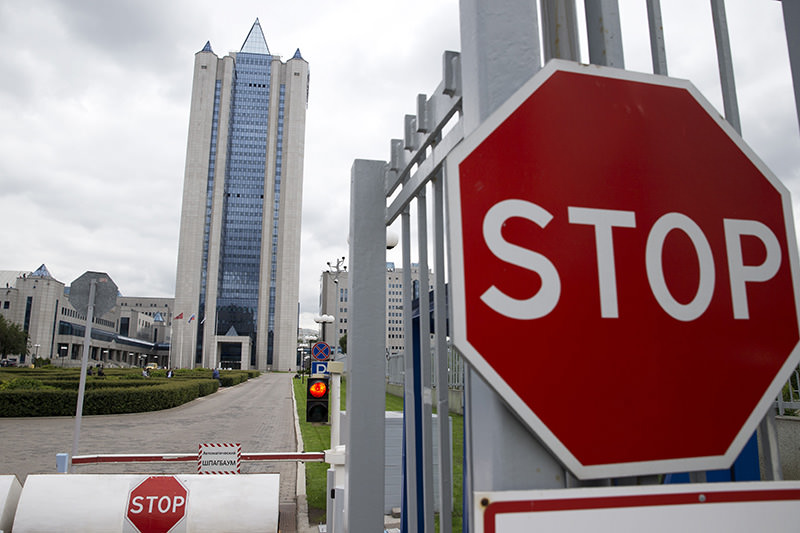 by Daily Sabah with Agencies Dec 03, 2015 12:00 am
Disagreements and political tensions between Turkey and Russia have left the Turkish Stream pipeline project hanging in limbo. The project, which was aiming to deliver Russian natural gas to Europe via the Turkish-Greek border, consisted of four proposed lines with an annual capacity of 63 billion cubic meters. Turkish officials were not in favor of completing the three lines of the Turkish Stream project since the negotiations began because their main aim was to ensure the security of the energy supply running in the Southern Gas Corridor (SGC). As an initiative of the European Commission (EC), the SGC will bring gas from the Caspian and Middle Eastern regions to Europe.

Russia is also no longer in favor of completing the project. The relations between the two countries became strained after the downing of a Russian Su-24 bomber jet by Turkish F-16 jets for violating its airspace. Russian Energy Minister Alexander Novak told reporters yesterday that Russia has suspended preparatory work on the Turkish Stream project. "Currently, work on Turkish Stream has been halted," Novak said, adding that despite this, talks regarding the building of a nuclear power plant in Turkey remain open.

Earlier in the day, Gazprom CEO Alexey Miller told reporters that the Turkish Stream project was halted because Turkey did not apply to Gazprom, bringing negotiations to a halt. Miller said that if Gazprom stops its gas flow to Turkey, its reputation in the country would be lost. He also hopes such a situation would not occur. Highlighting the concerns of Turkish importers regarding the matter, Miller said Wednesday's deal between Turkey and Qatar was a political move intended to alleviate concerns.

The pipeline came on the agenda after the South Stream project involving specific Balkan countries was cancelled. It was initially projected to carry 63 billion cubic meters of natural gas from Russia to Europe, with pipeline running through Turkey. However, due to sanctions against Russia, the capacity was later decreased by half to 32 billion cubic meters as the demand from Europe declined.
Last Update: Dec 04, 2015 12:04 pm
RELATED TOPICS