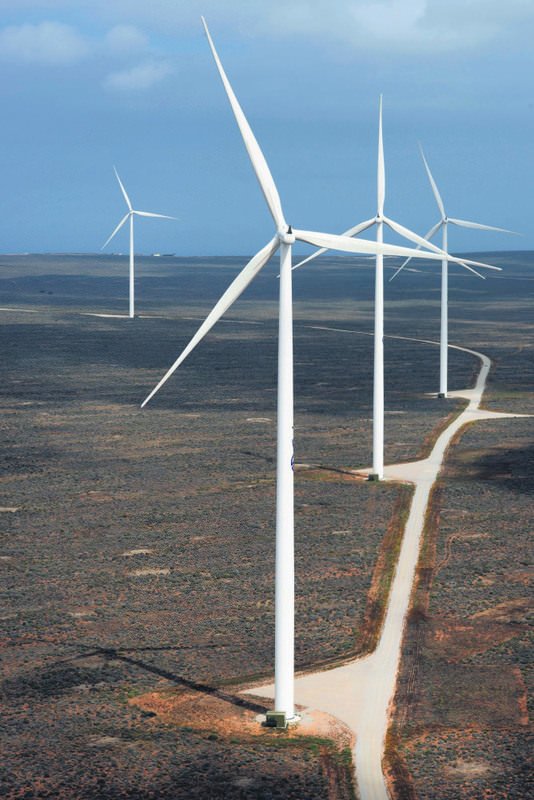 by Associated Press Dec 04, 2015 12:00 am
Google is nearly doubling the amount of renewable energy feeding its massive data centers that enable more than 1 billion people to search for information, watch video clips and communicate virtually anytime they want. The long-term commitments announced yesterday cover up to 842 megawatts of power that will flow from six different wind and solar power projects scheduled to be finished within the next two years in the U.S., Chile and Sweden.

Google isn't disclosing how much it expects to pay for the power. Google has now signed contracts covering 2 gigawatts of renewable energy, putting the company closer to its goal of having 3.6 gigawatts lined up by 2025. The 2 gigawatts currently under contract is enough to supply 2 million European homes annually, based on Google's estimates.
RELATED TOPICS