If Gazprom stops gas delivery to Turkey, its reputation will be tarnished, Gazprom chief says 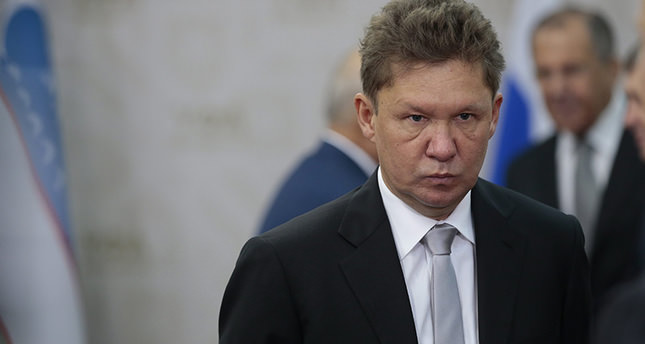 by Daily Sabah Dec 04, 2015 12:00 am
Chief Executive Officer of the Russian energy company, Gazprom, Alexey Miller said on Thursday that in the case that Turkey wants to continue Turkish Stream gas pipeline negotiations, Turkey may apply to Russia, however, since there has not been any steps taken by Turkey regarding the negotiations, the talks have stopped.

Speaking on natural gas delivery, Miller said: "If Gazprom halts natural gas shipments to Turkey, its reputation in Turkey will be damaged. We hope that such a situation does not have to occur." Miller added that Turkey's new gas deal with Qatar is a political step taken to resolve such concerns.

Disagreements and political tensions between Turkey and Russia have left the Turkish Stream pipeline project hanging in limbo. The project, which was aiming to deliver Russian natural gas to Europe via the Turkish-Greek border, consisted of four proposed lines with an annual capacity of 63 billion cubic meters.