Ankara to cut gas-dependency on Moscow with alternative suppliers 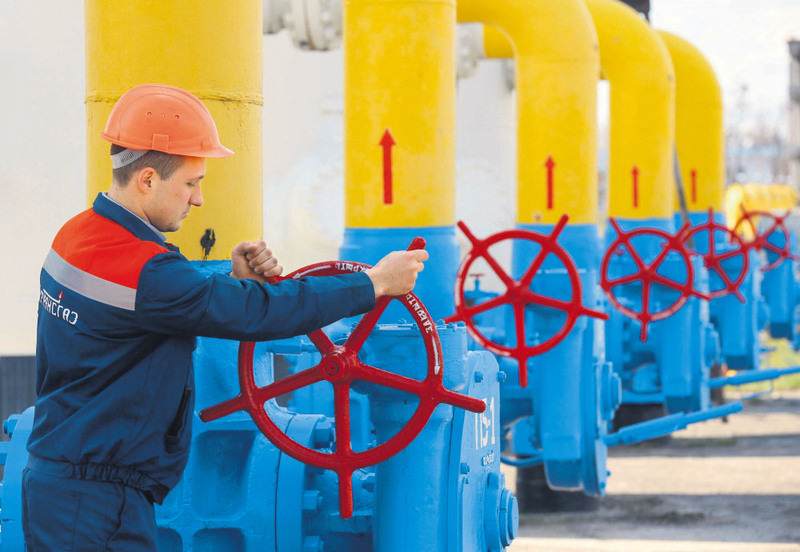 Gazprom CEO Miller said Russia will damage its reputation if they halt the gas flow. However, Turkish officials do not want to take the risk any longer, and seeks alternative suppliers to cover the country's huge demand

Although natural gas exchange between Turkey and Russia has run smoothly since the crisis surrounding Turkey's downing of a Russian military jet, Turkey continues to take measures to secure its natural gas supply - including turning to Turkmen, Kazakh and Iraqi resources as an alternative.

Following Russia's harsh rhetoric, Turkey, which is the second-largest importer of Russian natural gas, is seeking alternative suppliers. This is in light of the fact that there are no considerable problems with the natural gas flowing through the Western Line and the Blue Stream. In addition to the liquefied natural gas (LNG) agreement with Qatar and the acceleration of the Trans-Anatolian Natural Gas Pipeline (TANAP) project, which will carry Iraqi natural gas to Turkey, work on the pipeline has been given a strong push to continue. This includes the Turkish state-owned energy company Petroleum Pipeline Company of Turkey (BOTAŞ) planning to hold a tender on the 185-kilometer-long pipeline before the end of December. The pipeline, which will start from the 35th kilometer of the Mardin Natural Gas Pipeline, will end at the Turkish border town of Silopi. When the pipeline is completed, it will not only carry Iraqi natural gas to Turkey, but can be used in the regulation of potential projects in the Middle East and Gulf region as well.

Currently, Turkey imports natural gas from Russia, Iran and Azerbaijan and is considering securing natural gas supplies from Turkmenistan and Kazakhstan, which has large reserves. Reportedly, Turkey is in contact with Kazakhstan, and Kazakh and Turkmen gas might also be carried to the European market through Turkey. The tension between Turkey and Russia, which followed the downing of a Russian military jet by the Turkish Armed forces near the Syrian border, led to the emergence of a possibility of a trade crisis with Russia, which is Turkey's largest energy trade partner. However, it was revealed that Russia, which previously experienced crises with other European countries, wants to remain on good terms with Turkey with regards to energy. Following a slight decline in the natural gas flow from the Western Line to Turkey a few days ago, Russia informed Turkey about the issue, saying the problem stemmed from physical factors. This statement, which was issued to avoid giving rise to Turkey' misunderstanding of the trouble, signified that there was no need for Turkey to worry about natural gas supply. Turkey receives 48 million cubic meters of natural gas from the Blue Stream and the Western Line, respectively, each day. So far, no decline has been seen in the natural gas flow through the Blue Stream. Current natural gas agreements between Turkey and Russia stipulate penal sanctions on Russia if it does not give or falls short of supplying the pledged amount of natural gas. Turkey has the right to appeal to international arbitration even in the case of slight troubles such as the drop of pressure.

Speaking on natural gas delivery, the CEO of Russian energy company, Gazprom, Alexey Miller said: "If Gazprom halts natural gas shipments to Turkey, its reputation in Turkey will be damaged. We hope that such a situation does not have to occur." Miller added that Turkey's new gas deal with Qatar is a political step taken to resolve such concerns.
RELATED TOPICS