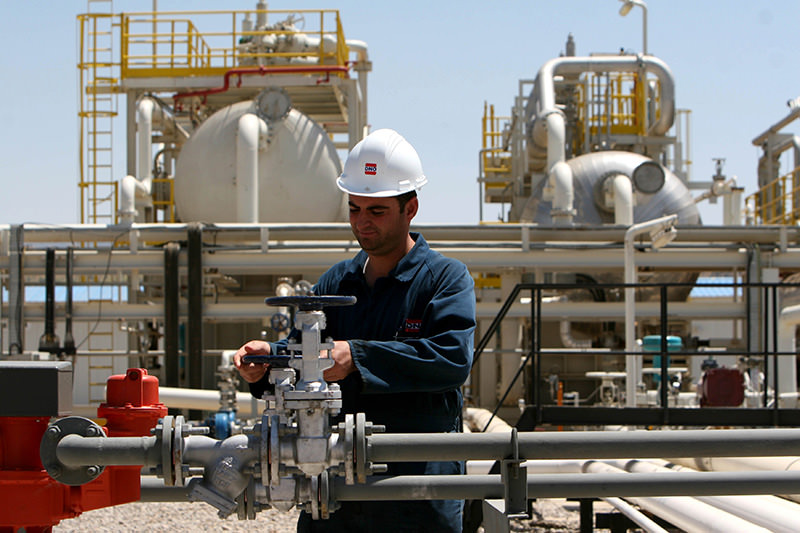 by Daily Sabah Dec 09, 2015 12:00 am
Turkey's national oil company, BOTAŞ - Petroleum Pipeline Corporation, said that there is "no alarming situation" as to the volume of natural gas flow to Turkey from Iran, reported agencies on Wednesday.

An earlier report published on Haber Türk on the same day claimed that Iran had halved the volume of natural gas flow to Turkey, citing an increase in domestic consumption due to severe winter weather. The report said, the daily gas flow of some 28-30 million cubic meters fell to around 14-15 million cubic meters as a part of the move.

But, reports published later refuted Haber Türk's claim, saying that the 50 percent decrease in natural gas coming from Iran was only valid on Tuesday and stemmed from "delivery pressure" falling under a threshold level.

The media reports said that according to BOTAŞ officials, the decrease in gas flow from by 50 percent stemmed from an increase in Iran's domestic consumption and technical problems.

BOTAŞ officials reportedly said that Iran has already undertaken the necessary work to ensure that volume of gas flow would go back to its "normal" level. Accordingly, the gas volume has been increasing gradually, and was almost at its "normal" level, BOTAŞ officials reportedly said, adding that "there was no alarming situation regarding this issue."

Presidential spokesman İbrahim Kalın has also touched upon this issue on Wednesday during a press conference in the Turkish capital and said, "the problem has been resolved" and "the gas flow [from Iran] is back its normal level."

Many experts say that the daily amount of natural gas coming from Iran to Turkey may fluctuate and is an ordinary situation experienced every year, attributed to the weather in Iran, which was around 13-15 degrees Celsius last week but suddenly dropped to 6-8 degrees Celsius this week.

The experts stress that the decrease in the daily amount of natural gas Turkey receives has no connection to the tension experienced between Turkey and Russia, adding that according to the contract signed with Iran, the flow of natural gas into Turkish territories will not decrease from the agreed upon amounts.

Moreover, experts say that in the case of an extraordinary cut in the amount of gas, Turkey has two options to address the issue. Accordingly, Turkey could either resort to international arbitration or could be compensated with an 8 percent discount on the total amount initially agreed upon.

Currently, Turkey imports natural gas from Russia, Iran and Azerbaijan and is considering securing natural gas supplies from Turkmenistan and Kazakhstan, which have large reserves. Reportedly, Turkey is in contact with Kazakhstan, and Kazakh and Turkmen gas might also be carried to the European market through Turkey.
Last Update: Dec 09, 2015 10:56 pm
RELATED TOPICS