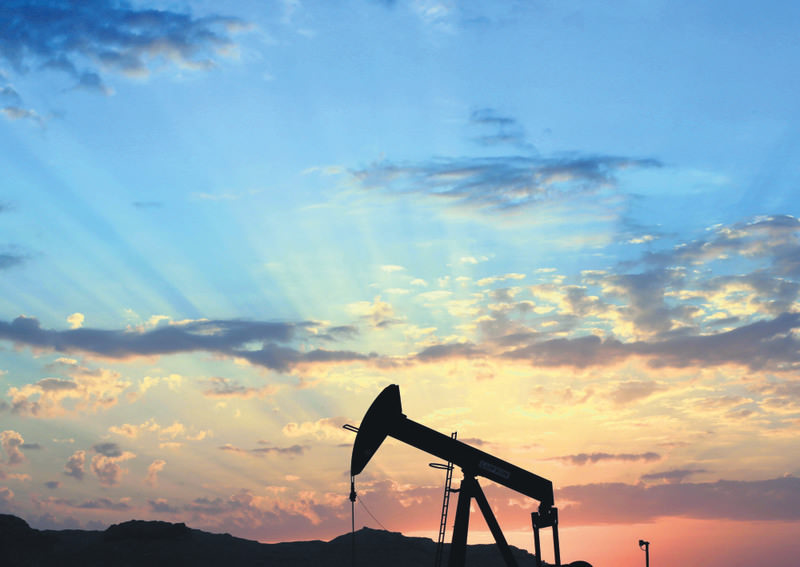 Over-supply in the oil market pushed prices to their lowest level in more than 11 years on Monday. Energy-rich exporters face revaluation of their currencies, sell off of assets and are issuing debt for the first time in years

Brent crude oil prices hit their lowest in more than 11 years on Monday, driven down by a relentless rise in global supply that looks set to outpace demand again next year. Oil production is running close to record highs and, with more barrels poised to enter the market from nations such as Iran, the United States and Libya, the price of crude is set for its largest monthly percentage decline in seven years. Brent futures fell by as much as 2 percent to a low of $36.05 a barrel yesterday, their weakest since July 2004, and were down 49 cents at $36.39 by 1332 GMT.

While consumers have enjoyed lower fuel prices, the world's richest oil exporters have been forced to revalue their currencies, sell off assets and even issue debt for the first time in years as they struggle to repair their finances.

OPEC, led by Saudi Arabia, will stick with its year-old policy of compensating for lower prices with higher production, and shows no signs of wavering, even though lower prices are painful to its poorer members. The price of oil has halved over the past year, dealing a blow to economies of oil producers such as Nigeria, which faces its worst crisis in years, and Venezuela, which has been plunged into deep recession. Even wealthy Gulf Arab states have been hit. Last week Saudi Arabia, Kuwait and Bahrain raised interest rates as they scrambled to protect their currencies.

NO LIGHT AT THE END OF THE TUNNEL

"With OPEC not in any mood to cut production ... it does mean you are not going to get any rebalancing any time soon," Energy Aspects chief oil analyst Amrita Sen said. "Having said that, long term of course, the lower prices are today, the rebalancing will become even stronger and steeper, because of the capex (oil groups' capital expenditure) cutbacks ... but you're not going to see that until end-2016."

Reflecting the determination among the biggest producers to woo buyers at any cost, Russia now pumps oil at a post-Soviet high of more than 10 million barrels per day (bpd), while OPEC output is close to record levels above 31.5 million bpd.

Oil market liquidity usually evaporates ahead of the holiday period, meaning that intra-day price moves can become exaggerated. On average, in the last 15 years, December is the month with least trading volume, which tends to be just 85 percent of that in May, the month which sees most volume change hands. Brent crude prices have dropped by nearly 19 percent this month, their steepest fall since the collapse of failed U.S. bank Lehman Brothers in October 2008. U.S. crude futures were down 26 cents at $34.47 a barrel, their lowest since 2009.