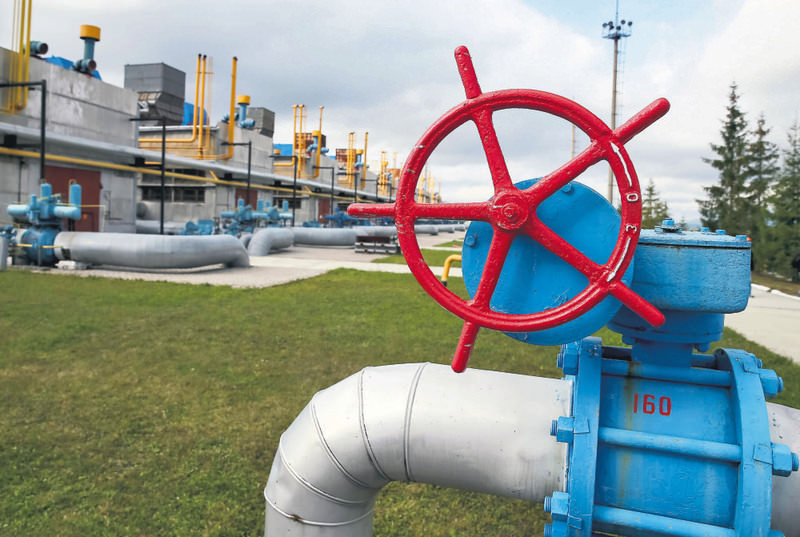 by Daily Sabah with AA Dec 23, 2015 12:00 am
The fear of losing market share forces Russian state-owned energy Gazprom to change its pricing policies. Gazprom might apply discount to Turkish companies, however, easing political tensions appears as pre-condition. Gazprom has recently amended its pricing policies as its market shares are on decline.

According to the Oil and Natural Gas Analyst of Renaissance Capital headquartered in Moscow, Ildar Davletshin, the U.S. is set commence export of shale gas and therefore, Gazprom is threatened to lose its share in global markets due to increasing competition. Further, Gazprom has already started losing its market share in Russia. In order to maintain its share, the company has implemented an amended price scheme for international customers to offer more flexible conditions.

However, Davletshin also underlined that in order for Turkish natural gas importers to benefit from this improved conditions, first, the tensions between Russia and Turkey should be resolved. On the other hand, Gazprom had avoided to implement its promised 10.25 percent discount on natural gas which was being sold to Turkey even during a period of time when political relations between the countries were not strained.

Orestis Omran of the international law firm Dentos also underlined that Russia wants to maintain its natural gas supplier position in Europe and Turkey and might therefore negotiate on terms of natural gas exports to Turkey. Yet, Omran also stated that as the relations between the two countries are tense due to geopolitical and political conditions the cooperation on energy might be delayed until the diplomatic relations improve.
Last Update: Dec 23, 2015 10:14 am
RELATED TOPICS