Israeli gas to flow into Turkey by 2020, not an alternative to Russia yet 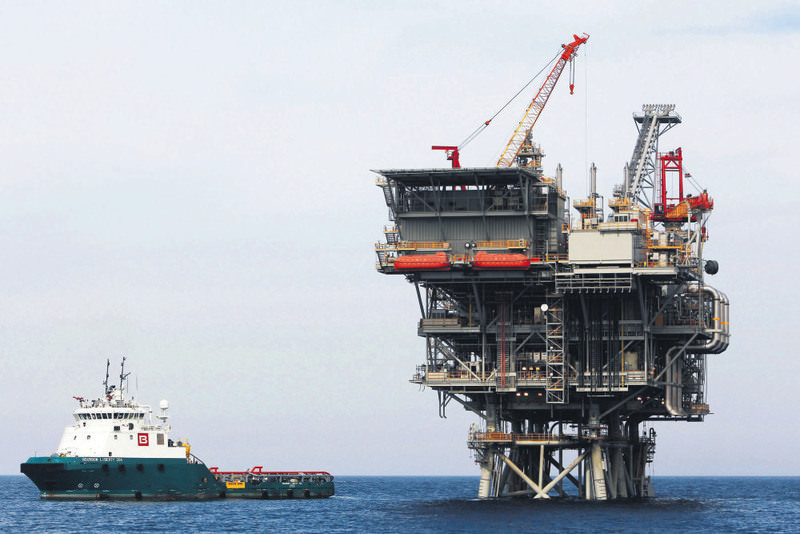 Batu Aksoy, CEO of the Turcas Petroleum Company, said on Tuesday that Israeli gas is not a good alternative to Russian gas in the short term but stressed that 8 billion cubic meters will flow into Turkey annually until 2020

Amid the recent rumors about senior Turkish and Israeli officials having reached an initial settlement to restore diplomatic ties between the two countries, Turcas Petrol, one of the Turkish companies that develops projects to export reserves in the Leviathan offshore gas field to Turkey, released a statement in which the CEO, Batu Aksoy, underlined that bringing eastern Mediterranean gas to Turkey serves the country's strategy towards becoming an energy hub. Speaking to members of the Energy Journalists and Media Association (EGAD) in Ankara yesterday, he said that, "In terms of the eastern Mediterranean gas, the Turkish-Israeli friendship is based on long-lasting history. As we enter the year 2016, we are in a period where we must further enhance our connections with not only our neighbors but also world countries," said Aksoy while stressing that diversifying Turkey's energy resources to include Israeli gas will strengthen Turkey's hand to bargain better prices. "There have been significant discoveries in the eastern Mediterranean Sea. When looking at Turkey's energy strategies, it is evident that the country aims to become an energy market. We can only achieve this aim through resource variety. The more Turkey diversifies its resources, it will ensure strong bargaining in price and volume as a buyer." he added.

Underlining that the cost of pipelined gas is always cheaper than Liquefied Natural Gas (LNG), Aksoy said that, "Because of the three-part process to create LNG gas, it is always more expensive. Therefore, the pipeline project in the eastern Mediterranean is more feasible than building LNG terminals." Emphasizing that, as Turcas, they have been drawing attention to the importance of this gas resource to diversify Turkey's energy mix, Aksoy said that the recent political developments and the tension between Russia proved their righteousness in this issue.

Recalling their intention to be part of a consortium that will carry the Israeli gas to Turkey and will deal its sales in Turkish and European markets, Aksoy pushed the importance of building two different consortiums. "We believe that two different consortiums from the companies that have healthy financial conditions and relevant experience should be formed to take responsibility in the transfer and marketing stages of this gas." he added.
Last Update: Dec 23, 2015 1:08 am
RELATED TOPICS