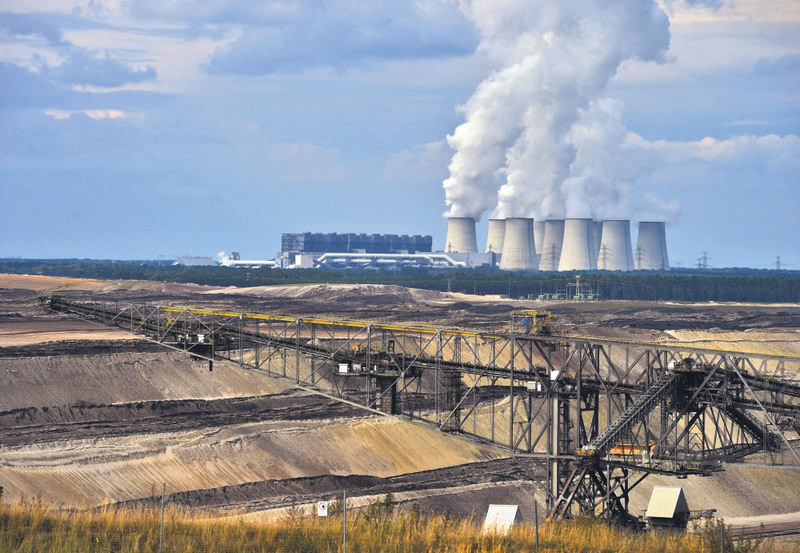 by Anadolu Agency Dec 24, 2015 12:00 am
Energy demand is expected to increase by 47 percent to 399 million barrels of oil equivalent per day (mboe/d) by 2040, according to the Organization of the Petroleum Exporting Countries (OPEC). Based in Vienna, OPEC released a report on Wednesday titled, "The World Oil Outlook for 2015," which examined the main drivers of global energy demand and revealed its projections for the oil markets in the medium to long term through 2040. The report reveals that fossil fuels will continue to dominate the energy mix with a 77.7 percent share by 2040. Of all global energy demand, natural gas is expected to have the largest share, making up 27.9 percent by 2040. Oil is projected to follow with 25.2 percent and coal with 24.6 percent.

Regarding the rise in demand for energy, the organization's report says that"Much of this growth will continue to be concentrated in the developing world as industrialization, population growth and the unprecedented expansion of the middle class propels the need for energy."

In 2014, the demand of developing countriesamong worldwideis projected to be the highest contributor at 63 percent --13 percent higher compared to 2014. "OECD energy consumption, on the other hand, will only increase 4 percent from 2014 to 2040 due to its continued focus on low energy-intensive industries, improved energy efficiency and slower economic growth," the report highlights. Additionally, in the medium term - by 2020 - the global oil demand will reach 97.4 mb/d.

Demand in the OECD region is expected to decrease by 8 mb/d down to 37.8 mb/d, while demand among developing countries is expected to increase significantly (by almost 26 mb/d) to reach 66.1 mb/d, the report adds.