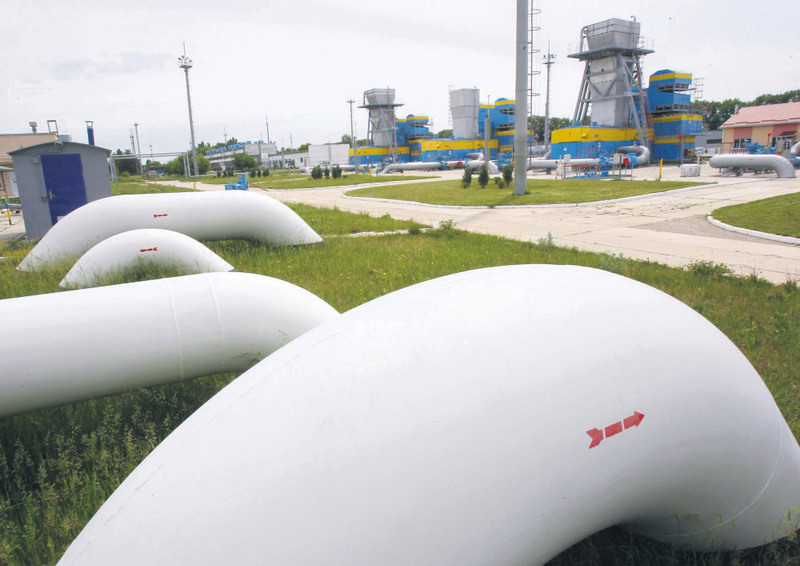 Energy and Natural Resources Minister Berat Albayrak said Thursday that the ministry's priority will be increasing the natural gas storage capacity of the country. Albayrak gave a briefing about energy policies, investments and plans of the energy ministry to deputies representing the Marmara region.

The natural gas supply from Russia to Turkey was brought to the agenda right after a Russian Sukhoi-24 fighter jet violating Turkey's airspace in the southern province of Hatay was downed by Turkish F-16 fighters last month. The Russian government decided to implement some economic sanctions against Turkey including banning some Turkish goods from entering the country. Yet due to binding agreements, the Russian natural gas flow to Turkey continues uninterrupted; however, Turkey held talks with several natural gas suppliers since the incident to ensure energy security.

Albayrak said the government does not think or expect that Russia will cut natural gas flow to Turkey due to the crisis, adding that, nevertheless, all possibilities are taken into consideration and necessary measures have been taken. He added that Turkey has hydroelectric power plants, coal plants and other alternatives regarding liquefied natural gas (LNG), gas capacities and cargo handling.

Pointing to the fact that Turkey imports 56 percent of its natural gas from Russia, Albayrak stated the government will take steps to diversify this supply. The minister also said that Turkey is holding positive talks with Qatar, Turkmenistan and Azerbaijan on natural gas import.

Underlining that the first thing to be done is to increase the capacity of natural gas storage facilities in Turkey, Albayrak said investments in this area will be rapidly actualized. Also, storage facilities will be put into operation in Thrace and Lake Tuz.

Turkey's first underground natural gas storage facility in Silivri, which has a storage capacity of 2.6 billion cubic meters, is operated by the Turkish Petroleum Corporation (TPAO). The second one will be put into operation in Lake Tuz as of 2016 and will have a storage capacity of 500 million cubic meters in the first phase. Its total capacity will be increased to 1 billion cubic meters in the second phase, which will be put into use in 2019. The Ministry of Energy and Natural Resources is developing projects to store around 10 percent of the imported natural gas in Turkey every year over the next five years.