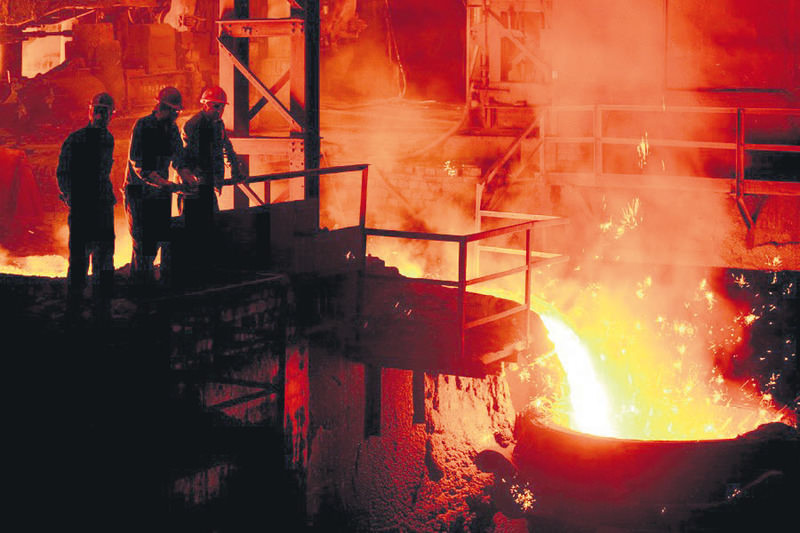 by Daily Sabah Jan 11, 2016 12:00 am
Economy Minister Mustafa Elitaş and his officials met with Steel Exporters Union Executive Board Chairman Namık Ekinci and other board members on Sunday, pledging support to remove obstacles preventing the expansion of the sector.

Representatives of the local steel sector, which is considered one of the key sectors in the economy, shared several problems preventing the growth of production and export. Producers explained that increasing steel imports, the shrinking of export markets in the Middle East and North Africa, coupled with several unwarranted anti-damping trials and protection measures in export markets, had severely curtailed their production. They also complained about China's aggressive export strategies in violation of World Trade Organization (WTO) rules and some export markets creating domestic steel sectors as huge problems against which they asked the Economy Ministry to take action.

Elitaş said the ministry would prioritize the sector's grievances and would immediately form a task force to implement certain counter-measures. Ekinci, speaking after the meeting, expressed his confidence that the ministry would take action and coordinate its efforts with other relevant ministries:

"We trust our ministry and the government. If the necessary action is taken, the Turkish steel sector can regain its strength and continue to create added value for the economy and export."
RELATED TOPICS