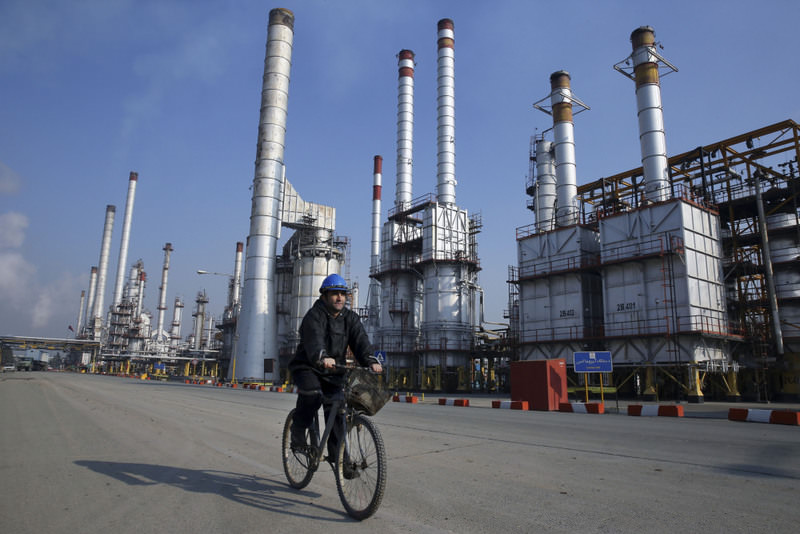 by Apr 04, 2016 12:00 am
Iran's oil exports have surpassed 2 million barrels per day following the lifting of sanctions under its nuclear deal with world powers, Oil Minister Bijan Zanganeh said Sunday. "Iran's oil and gas condensate exports are now at more than 2 million barrels per day (bpd)" after rising by 250,000 bpd since March 1, the ministry's Shana news service quoted Zanganeh as saying. Iran has doubled exports since its nuclear accord took effect on Jan. 16.

Iran, an OPEC member, has the world's fourth-largest oil reserves but its exports were long hampered by sanctions over its nuclear program. It has moved ahead with an increase in exports despite global concerns over a supply glut that has pushed oil prices to below $40 a barrel, from more than $100 a barrel in mid-2014. Top exporter Saudi Arabia has said it is willing to consider an output freeze to help shore up prices. But in an interview published Friday, Saudi Deputy Crown Prince Mohammed bin Salman reiterated Riyadh's position that other major producers, including Iran, would need to do the same. His remarks drove down oil prices, with United States benchmark West Texas Intermediate for delivery in May sliding $1.55 - 4 percent - to $36.79 a barrel on the New York Mercantile Exchange.

Major oil producers led by Russia and Saudi Arabia are to meet in Doha on April 17 to discuss measures to stabilize prices, including a proposal not to pump out oil above a certain level. But Tehran rejects any output freeze - first mooted by Qatar, Russia, Saudi Arabia and Venezuela in February - until it regains its pre-sanctions market share. Zanganeh described the proposal in late February as a "very funny joke," as production levels vary widely among oil producers.

Under more than a decade of sanctions, Iran witnessed crucial global ties cut from its economy, including its lifeblood oil markets. In January 2012, under hardliner Mahmoud Ahmadinejad's presidency, the European Union stopped buying oil from Iran and global banking networks blocked the Islamic republic from the SWIFT system.

Hope only returned after President Hassan Rouhani's election in 2013 that culminated in ending the nuclear standoff after two years of negotiations. Since the nuclear deal's implementation, Tehran has resumed exporting to the European market. But Asian countries China, India, Japan and South Korea remain the main customers of Iranian oil.
RELATED TOPICS