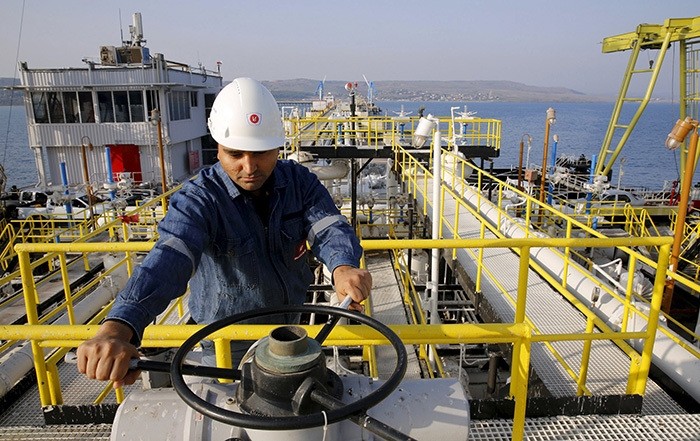 Turkey's role as a key strategic energy actor in its region is expected to continue without much negative impact from July 15 failed coup, experts told Anadolu Agency Wednesday.

"If Turkey returns to stability and has competent officials in energy-related agencies and ministries, I suspect the impact [of the coup attempt] will be minor," he added.

The coup attempt on July 15 has brought questions to ongoing energy projects in the country which acts as a strategic bridge between the gas-rich Caucasus and energy-hungry Europe.

Experts said that Turkey's key position in between these two regions will not be affected by the failed coup attempt.

"Turkey's importance for European energy security will not be significantly reduced," Merkel said.

"I think Turkey is too critical to European energy security, especially in efforts to reduce dependency on Russia for Europe," he added.

Around 30 percent of Europe's annual natural gas consumption is dependent on Russian supplies. Europe has been trying to lower that dependency through diversification, and Azerbaijan's gas resources in the Shah Deniz field as a major supply source have contributed to this aim.

Turkey's Trans Anatolian Natural Gas Pipeline Project (TANAP) is an integral part of the Southern Gas Corridor that plans to carry Azeri gas via Georgia, Turkey, Greece, and Albania through to Italy. TANAP is planned to become operational in 2018 with an initial capacity to carry 16 billion cubic meters (bcm) of gas. Total capacity is planned to increase to 23 bcm by 2023 and to 31 bcm by 2026.

Volkan Ozdemir, head of the Institute for Energy Markets and Policies (EPPEN) said TANAP will continue as planned, and added that most of its investment comes from Azerbaijan.

"Investments in Turkey's energy sector have not come from Europe in recent years. It is mostly foreign investors outside Europe that finance it," he said.

"If the Turkish Stream gas pipeline project comes back on the agenda, this could have an indirect impact on Europe," Ozdemir said.

He added that there are two conditions for the Turkish Stream project being taken off the shelf -- the rapprochement between Turkey and Russia, and the impact of the Nord Stream II pipeline project coming online.

The Nord Stream II project plans to deliver 55 bcm of Russian gas under the Baltic Sea to Germany, and further into France, the U.K., the Netherlands and Denmark.

The Turkish Stream, which was initially planned to carry 63 bcm of gas to Europe via Turkey, had its project capacity trimmed down to 31 bcm later on. However, the project was shelved after Russia and Turkey failed to agree on the existing gas price discount which Russia was due to apply on Turkey's gas imports. Turkey's downing of the Russian jet last November, worsened bilateral relations leaving a stalemate in talks on the project between both sides.

"If a decision to build the Nord Stream II is taken, Russia will scrap the Turkish Stream," Ozdemir warned, adding that "relations between Russia and Europe remain uncertain."

"I believe, Turkey and Russia will get closer again after the failed coup attempt. And if the two countries can agree on building the Turkish Stream, Russia will be able to have another gas route to Europe through a southern corridor. That is something Europe would not want," he explained.

Ozdemir asserted that relations between Turkey and Europe are uneasy. He added that with a potential Ankara Moscow reconciliation on the agenda, the realization of the Turkish Stream project is more likely than the Nord Stream II.

"I think a period has begun that will benefit Turkey, but will be unfavorable for Europe," he concluded.