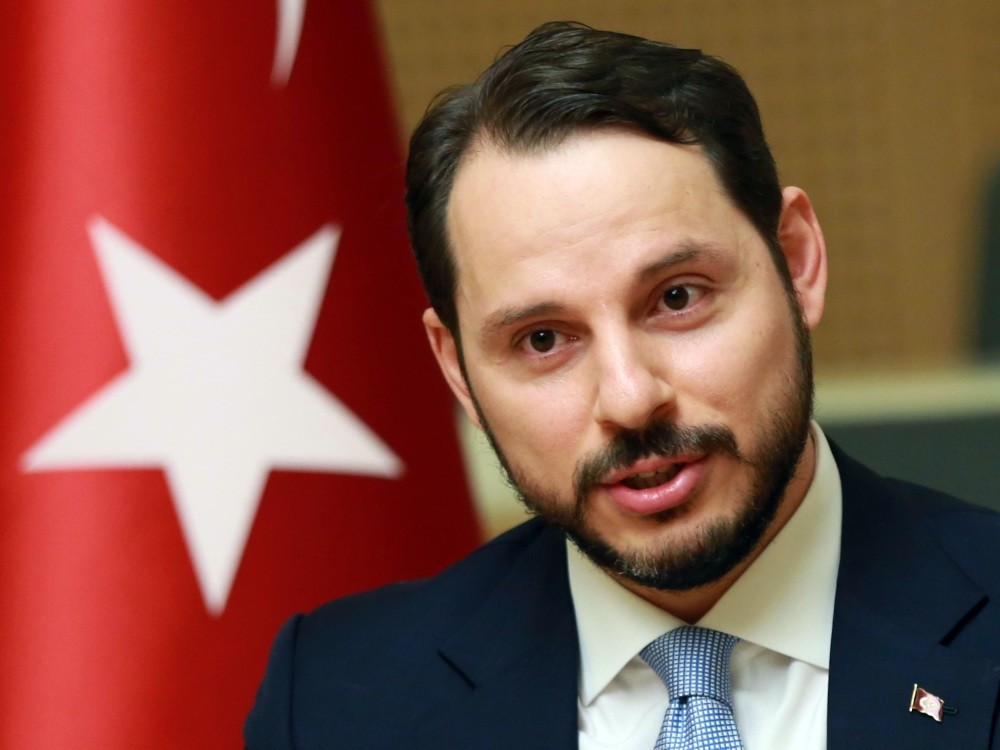 Energy Minister Berat Albayrak
by Daily Sabah Aug 06, 2016 12:00 am
Energy and Natural Resources Minister Berat Albayrak has said the struggle against the Gülenist Terror Organization (FETÖ) will continue, adding: "All necessary steps against FETÖ, which directly targeted the nation, are being taken in all public institutions as well as the private sector. Investigations carried out into Petkim's Aliağa campus are steps taken within this framework."

Albayrak welcomed Rovnag Abdullayev, the chairman of the State Oil Company of the Azerbaijan Republic (SOCAR) and Vagif Aliyev, the chairman of Petkim and SOCAR Turkey, to his ministry's headquarters in Ankara yesterday. They addressed cooperation in the area of energy between Turkey and Azerbaijan and evaluated SOCAR's objectives and ongoing investments in Turkey. The minister, along with two chairmen, discussed developments, followed by the topic of the attempted coup by FETÖ on July 15.

Albayrak said SOCAR's Trans-Anatolian Gas Pipeline (TANAP) and the SOCAR Turcas Aegean Refinery (STAR) projects have a distinguished place among direct investments in Turkey in terms of added value, exports, employment and technology. Underlining that Turkey's support to SOCAR will continue due to the company's strong cooperation and contributions to the Turkish economy, Albayrak said Turkey is happy that the leading energy company of a sister country invests in Turkey and always sides with the Turkish nation. "It was quite important for us to see that SOCAR, which is one of the most important investors in Turkey with $18 billion, sides with us and trusts the Turkish nation and economy. Our joint strategic projects like TANAP are continuing in line with the determined schedule and budget planning without any setbacks," said Albayrak.

The minister also touched on operations conducted against FETÖ's infiltration of Petkim, which is one of SOCAR's major investments, saying that the organization had unfortunately infiltrated the private sector. The minister stated that the investigations into Petkim's Aliağa campus have nothing to do with SOCAR itself, and that SOCAR authorities are acting in cooperation with security forces.

Albayrak extended gratitude to the Azeri authorities for their concern about FETÖ, saying that the parties agreed on the continuation of strong cooperation against FETÖ.
RELATED TOPICS