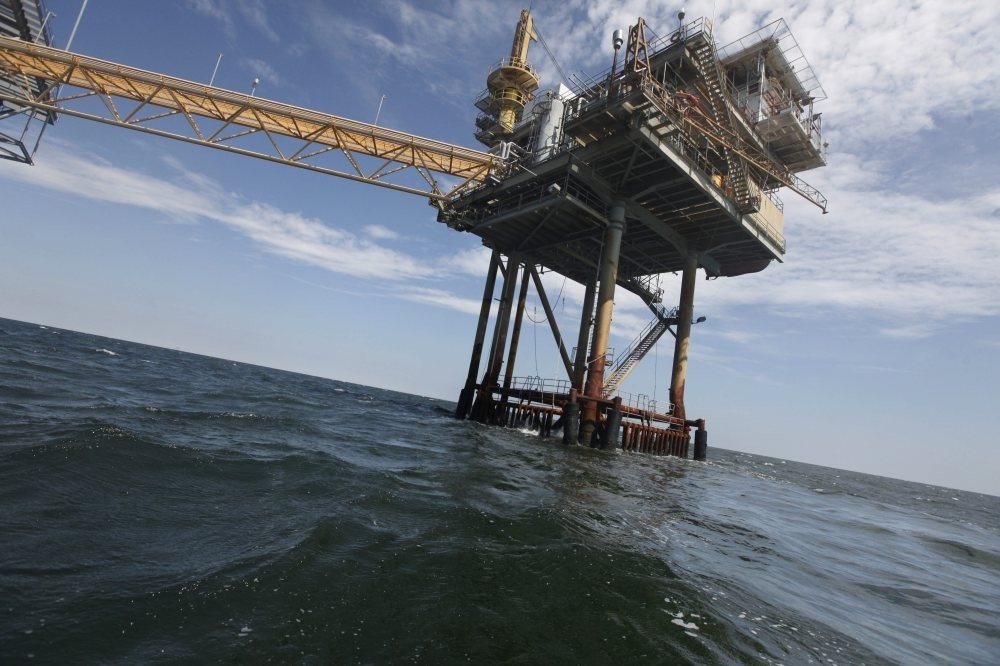 An oil rig in the Gulf of Mexico near the Chandeleur Islands, off the Southeastern tip of Louisiana.
by Associated Press Aug 24, 2016 12:00 am
Five months after protesters disrupted an oil and gas lease sale for tracts in the Gulf of Mexico, the government is livestreaming a lease sale but closing the site in New Orleans where bids are read. Today's sale, offering all 23.8 million acres available for drilling and exploration off of Texas coast, will be the first federal offshore oil and gas auction broadcast live on the internet, according to a news release from the Bureau of Ocean Energy Management. In March, about 150 opponents of oil and gas drilling and exploration in the Gulf chanted and waved signs during a lease sale off the eastern Gulf states from Louisiana to Florida. In April, about 50 brought their chants into a federal open house about potential effects of continuing the lease program for five more years.

"That certainly did play into our decision" to close the Superdome room where bids will be read while livestreaming today's sale, bureau spokeswoman Caryl Fagot said Monday.

"But we had been looking at ways to modernize holding the sale to broaden our audience by being able to provide it to everyone ... rather than having to come physically to the sale," she said. The bureau already has been running lease renewals online, Fagot said. "That was something we were looking at for a while, to see how those were proceeding," she said. The agency had a contract with the Superdome for two lease sales this year, but was able to modify it and get a smaller room than the ballroom where previous sales have been held, Fagot said.

"We have not worked on what we're going to do for the upcoming sales in 2017," she said. Last year's sale was the smallest ever for the western Gulf. Five companies bid on 33 tracts for a total of $22.7 million in high bids. Each tract drew one bid.

"Making government data immediately available is a valuable resource for taxpayers, both in terms of dollars and cents but also in efficiency," BOEM director Abigail Ross Hopper said in the news release earlier this month. "Through the use of technology we can deliver our lease sale information in a much more effective and accessible way to a much wider audience."
RELATED TOPICS