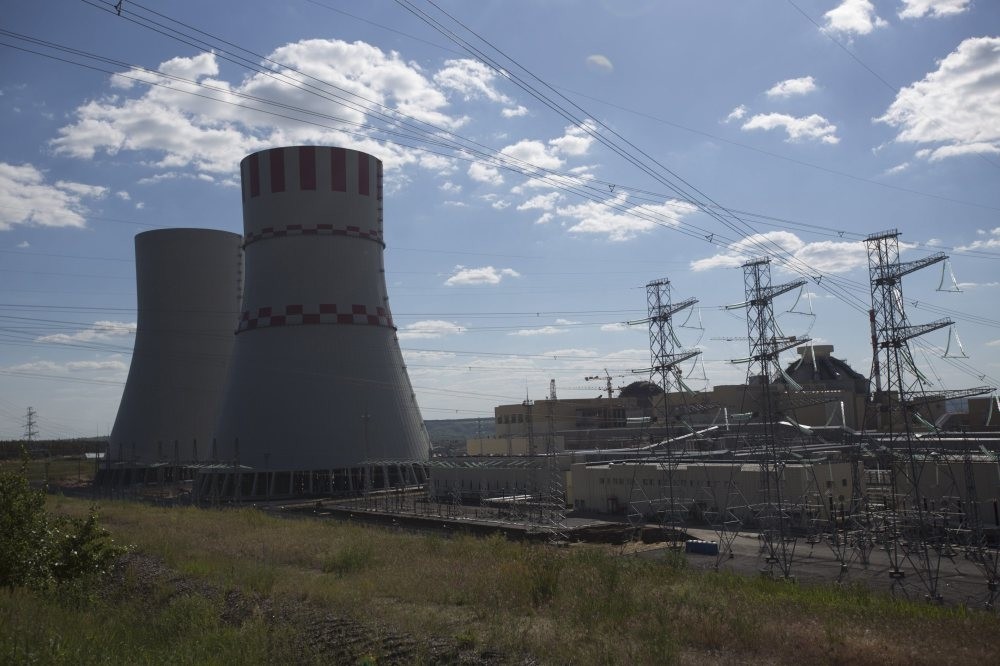 With works on establishing a joint fund ongoing, Economy Minister Zeybekci announced that the Turkish-Russian Investment Fund will be used in the reconstruction of third world countries and building the Akkuyu Nuclear Power Plant

A Turkish-Russian investment fund is to be established and used in the reconstruction of third world countries and particularly war-torn Syria, as well as in the construction of the Akkuyu Nuclear Power Plant.

In the aftermath of the jet crisis last year between Turkey and Russia and following the meeting between Russian President Vladimir Putin and Turkish President Recep Tayyip Erdoğan on Aug. 9, a new corner has been turned nine months after the incident.

The details of the Turkish-Russian Joint investment fund are becoming clearer and the fund is to be used for the Akkuyu Nuclear Power Plant, the first of three nuclear power plants Turkey currently plans to build in the southern province of Mersin along with the Russian state-owned nuclear energy company Rosatom, in addition to usage in underdeveloped countries.

Speaking at the Turkish-Russian Media Forum organized in Antalya on Wednesday, Economy Minister Nihat Zeybekci said firms from both countries will assess the investment opportunities in various third world countries in the context of the Turkish-Russian Joint investment fund, which will be established soon. Zeybekci noted that Russian and Turkish businesspeople will be provided with capital support through the fund especially with regard to the reconstruction of Syria and Iraq and an assessment of business opportunities in Africa.

The model that Russia used in China and the United Arab Emirates will be used for a Turkish-Russian joint investment fund that will be worth several billion dollars. Joint investments will be made in infrastructure, agricultural and medical projects. Along with the 50-50 shared fund, the two countries will be able invest in other countries as well.

Russia is getting ready to make nuclear power and space vehicle investments, costing about $1 billion in Egypt with its joint fund with the UAE. The size of Russia's joint fund with China has currently reached $2 billion. With this equally shared fund, both countries have made various investments so far.

A Russian University in Antalya

Culture and Tourism Minister Nabi Avcı said they have also taken steps to open a Russian-Turkish University in Antalya as well as back various enterprises, such as TV shows and cinema projects, between the two countries. While Foreign Economic Relations Board (DEİK) President Ömer Vardan stressed the importance of the two countries to each other, Turkish Exporters Assembly (TİM) President Mehmet Büyükekşi said "Russia and Turkey are each other's destiny." Antalya Mayor Menderes Tureli, on the other hand, said, "Old friends do not become enemies."

Use of local currencies in trade should be increased

Giving details related to the steps that will be taken toward improving relations between the two countries, Zeybekci said the Russian and Turkish central banks were in talks to pave the way for the use the ruble and Turkish lira in trade. Pointing out that only 10 percent of the trade between Turkey and Russia conducted in either currency, Zeybekci said: "Turkish contractors taking over tenders from Russia should be making their payments in Turkish liras; Russian firms doing business in Turkey should be paying in rubles as well."
RELATED TOPICS