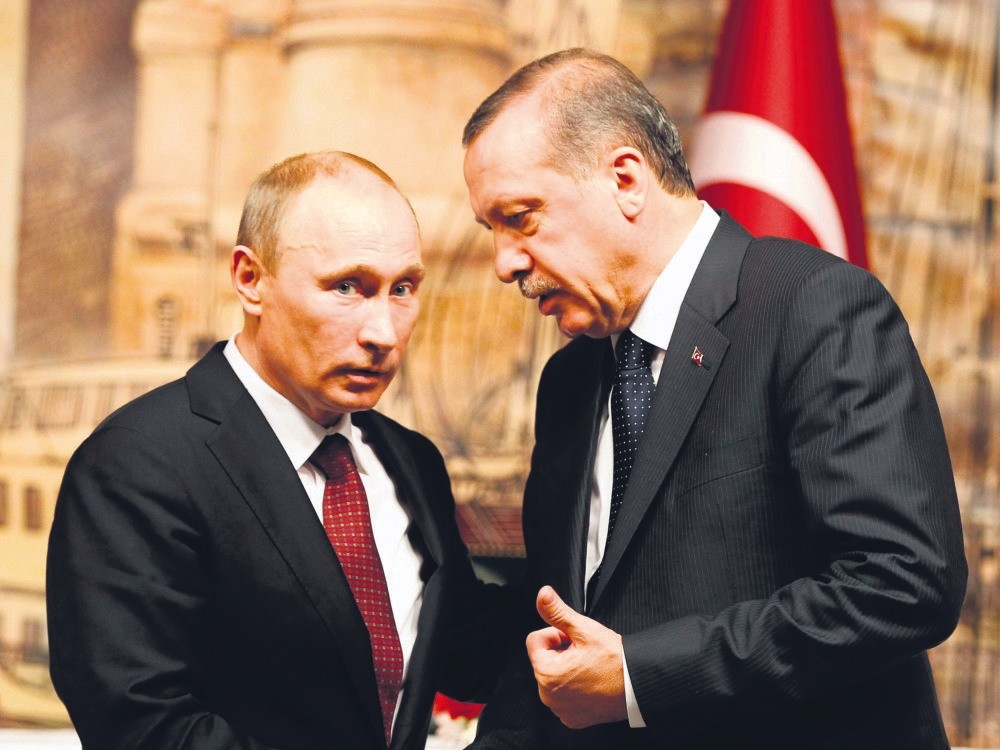 by Daily Sabah Oct 10, 2016 12:00 am
The final touches to the agreement to run Russian natural gas through Turkey should be completed when President Vladimir Putin meets his Turkish counterpart Recep Tayyip Erdoğan in Istanbul on Monday, Energy Minister Alexander Novak said.

In an exclusive interview with Anadolu Agency (AA) ahead of the World Energy Congress, which opened Sunday, Novak said the wording of the Turkish Stream intergovernmental agreement had largely been agreed."All of us aim to finalize the works on this intergovernmental agreement right by the meeting of Mr. President Putin and Mr. President Erdoğan on the sidelines of the World Energy Congress," Novak said.

Permits to be reissued

Alexey Miller, chairman of the Gazprom Management Committee, said the permits previously granted to the Russian state-owned energy giant by the Turkish government for the South Stream natural gas pipeline will be reissued for Turkish Stream. Speaking to reporters about a question regarding the reissuance of permits granted for the South Stream and the continuation of its section running to Bulgaria, Miller said that the reissuance of the previous permits is in question only for Turkish Stream.

Giving details about the said issue, Dmitry Peskov, spokesman for Russian president Vladimir Putin, noted that the reissuance of the permits granted by Turkey for South Stream will speed up the development of the Turkish Stream project and recalled that the Turkish government swiftly approved the regulations required for the Akkuyu project. "The Turkish Stream issue was also discussed. A majority of permits and agreements were saved for the route of the South Stream. Now only the name has changed," Peskov said, suggesting that the reissuance of these permits will speed up the process. Peskov also added that both of the leaders focused on the possibility of expansion for the Russian oil shipment.In December 2014, Russia scrapped the South Stream pipeline project that would have transported natural gas to Europe via Bulgaria and brought forward the proposed four-line and 63 billion-cubic-meter project that will bypass Ukraine and stretch to the Turkish-Greek border through the Black Sea.

Putin: Turkish Stream will be realized in due course

Russian President Vladimir Putin said he believed the Turkish Stream project would be completed in due course. According to a statement published on the Kremlin's official website, Putin said they will at least execute the first line (of the project) related to the shipment capability and increase the supply to the Turkish domestic market eventually. Putin also suggested that Europe could be provided with supplies as well, but that the matter depended on the European Union's decision.

Vitaly Markelov, Deputy Chairman of the Gazprom Management Committee, said they received a majority of the permits required for the Turkish Stream and that the most important ones are related to the survey. Markelov noted that as a result of the permit, they will be able to begin surveying for pre-construction work on an area spanning 200 kilometers in Turkish territorial waters. ISTANBUL / DAILY SABAH WITH AA
RELATED TOPICS