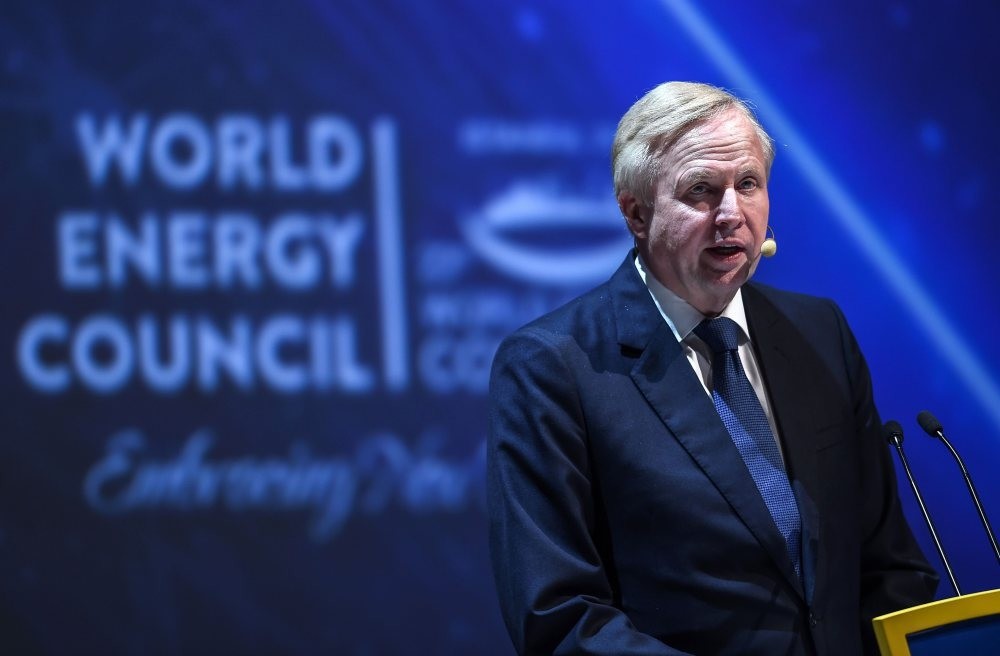 BP CEO Bob Dudley
by Barış Ergin Oct 13, 2016 12:00 am
The Turkish Stream natural gas pipeline project has increased the appetite of the world's petroleum giants after the intergovernmental agreement between Turkey and Russia was signed on Monday.

Speaking at the 23rd World Energy Congress, British Petroleum (BP) CEO Bob Dudley said they have been pleased with their involvement in the Trans Anatolian Natural Gas Pipeline (TANAP), adding that they wish to work on the Turkish Stream project, which will carry Russian natural gas to Turkey for the domestic market and to Europe via the Turkish-Greek border.

The TANAP project will deliver natural gas from the Shah Deniz 2 oil field in Azerbaijan to Europe after passing through 20 cities in Turkey via 1,850 kilometers of pipeline; 19 kilometers of which will run under the Marmara Sea. TANAP will be operated by Azeri energy company SOCAR, which currently holds a 58 percent stake in the project. Turkey's state-owned energy operator BOTAŞ owns 30 percent, while British Petroleum (BP) has a 12-percent stake in the project.

Pointing out that Turkey is surrounded by natural gas lines and Europe is the biggest energy market, Dudley said that 16 billion cubic meters of Russian natural gas will go to European customers, stressing that Turkey's strategic role in this sector is crucial for energy security.

Highlighting that natural gas and renewable energy have developed rapidly in recent years, Dudley noted that the energy mix has changed and estimates that the share of renewable energy will go up to nearly 15 percent by 2033.