TANAP pipeline construction ahead of schedule, to be operational by 2018 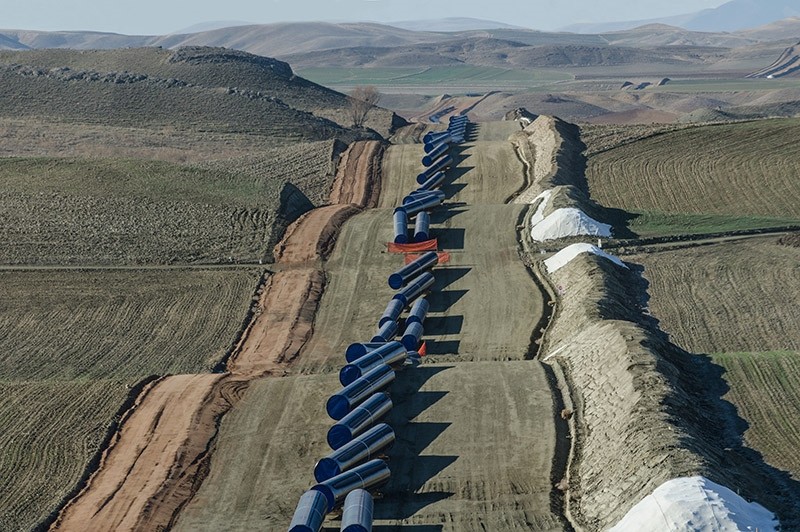 "TANAP will be completed before the projected time and start to work," Erkan Özoral told Anadolu Agency in an exclusive interview.

The TANAP project aims to bring natural gas, produced from Azerbaijan's Shah Deniz-2 gas field and other areas of the Caspian Sea, primarily to Turkey, but also onto Europe via the Trans-Adriatic Pipeline (TAP).

The project is planned to be operational in 2018 with an initial capacity to carry 16 billion cubic meters (bcm) of Azeri gas through Georgia to Turkey. While 6 bcm will be for Turkey's domestic consumption, the rest is destined for transfer to Greece, Albania, and Italy and further into Europe.

Özoral called TANAP a "crucial" project, adding: "These projects are steel belts that will ensure Azerbaijan's integration with the world."

He added that the Baku-Tbilisi-Kars railway will complete "the missing link of the chain".

"This is a part of railway project which will link China's port of Shanghai to London," said Özoral.

The Baku-Tbilisi-Kars railway, set to go into service in mid-2017, is expected to link London with Beijing.

"A significant portion of world trade is expected to be transported via the Baku-Tbilisi-Kars railway through Azerbaijan," said Ozoral.

The ambassador said the railway will be completed "very soon".

Ozoral's interview coincided with the 25th anniversary of the establishment of diplomatic relations between Azerbaijan and Turkey.

He said the countries have accomplished "great" work over the last quarter-century.

The ambassador reiterated that the Azeri government and people stand in solidarity with Turkey following the July 2016 coup attempt.

"FETO's back was broken in Azerbaijan," he added.

Ozoral called the war on FETO a "long-term" struggle, saying: "Our brothers need to fight them consistently and resolutely."

Ankara holds FETO responsible for the July 15 attempted coup, which martyred 248 people and wounded around 2,200 others.

In addition to the deadly coup attempt, Ankara has said FETO is behind a long-running campaign to overthrow the state through the infiltration of Turkish institutions, particularly the military, police, and judiciary.