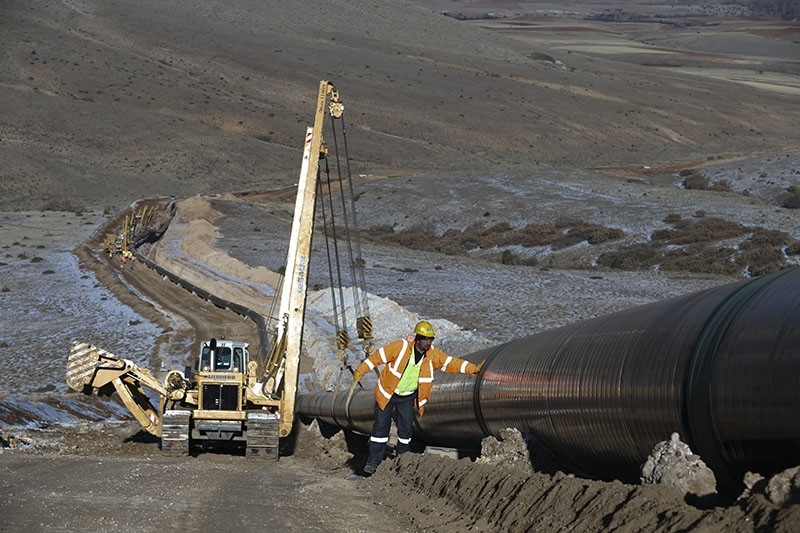 The U.S. Energy Information Agency (EIA) has described Turkey as an increasingly important transit hub for oil and natural gas supplies in its updated analysis on Friday.

The report said that unlike other OECD countries in Europe, Turkey has avoided lasting economic stagnation which has affected the majority of the continent in the past years.

Turkey's Bosporus and Dardanelles straits were described as some of the busiest straits, with more than 2 million barrels of crude oil flowing each day.

According to the report, Turkey's economy has expanded in the past decade, and has led to more consumption of petroleum and other liquids.

The construction of the Trans-Anatolian Natural Gas Pipeline (TANAP) is also under way, which will carry 16 billion cubic meters (bcm) of Azeri gas through Georgia to Turkey. While less than a third of the transferred gas will be used for Turkey's domestic consumption, the rest is destined for transfer to Greece, Albania, Italy and further into Europe.

The TANAP project is currently ahead of schedule and is expected to be operational by 2018.

One of the world's largest economies with very limited energy resources, Turkey has dedicated itself to investment projects that will diversify its energy sources in recent years.

Turkey is planning to be home to the world's largest photovoltaic solar plant with an energy capacity of 1,000 megawatts by 2018 in its central Konya province.