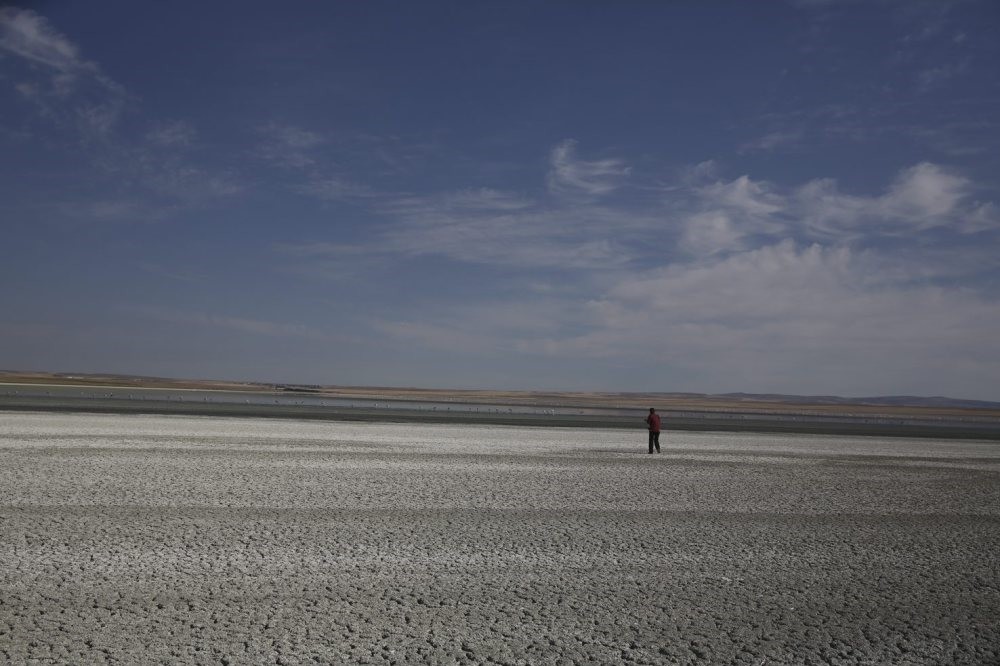 As Turkey resolutely continues its energy projects, the country also draws the support of global financiers for ongoing energy projects and, following the recent World Bank loan for TANAP, the bank is working on another loan project for the Lake Tuz underground gas storage facility

After a $400-million loan issued by the World Bank for the Trans-Anatolian Natural Gas Pipeline (TANAP) to Turkey's state-owned Petroleum Pipeline Corporation, Cyril Muller, vice president of World Bank's Europe and Central Asia region, noted that the bank will continue to provide support for Turkey's energy supply security projects. "In this context, we expect to be one of the financiers in increasing the capacity of the Natural Gas Storage Facility at Lake Tuz in south central Anatolia which is estimated to supply 1 billion cubic meters of natural gas every year. We plan to approve an important financing for the said project within the year," said Muller, highlighting the World Bank's determination to contribute to the energy supply security both in Turkey and the region.

Speaking to Anadolu Agency (AA) following the signing ceremony of an agreement for a $400-million loan issued by the World Bank to BOTAŞ for TANAP, Muller said that in addition to ensuring energy security and resource diversity for the World Bank, TANAP has also contributed to the improvement of social life and employment in the regions it passes through, adding that extensive studies are underway on the social effects of the project.

Stating that within the framework of a program designed in this context, the World Bank provided a fund of $23 million, adding that it aims to improve the living conditions across the regions affected by the pipeline, Muller said.

"TANAP is a project in which international standards are applied for the effects on social life and the development of people's living conditions in this region," he said and further drew attention to the employment opportunities the project offers.

New financing on the way for Lake Tuz storage facility

Referring to other energy supply security projects that received Word Bank funding, Muller said they were currently working on the capacity expansion program for the Lake Tuz Underground Natural Gas Storage Facility, adding that they plan to approve an important financing package for the same project within this year.

"We expect to be one of the financiers to increase capacity at Lake Tuz Natural Gas Storage Facility, which is currently estimated at 1 billion cubic meters per year. We also think we can create a consortium to support the Lake Tuz project to try find other financiers," Muller said, recalling that as World Bank, they have done this for TANAP and intend to do the same for the storage project.

He added that "By meeting the government and project sponsors, we will ensure that other financiers are attracted, because the terms are easier once World Bank's standards are applied."

He also noted that this year they will support energy efficiency applications in Turkish public buildings, adding that a series of studies are being conducted and that pilot projects will be launched at various public institutions, such as schools and administrative buildings.

Energy and Natural Resources Minister Berat Albayrak announced the first cushion gas, the portion of gas required to remain in the cavern to maintain its integrity, of the Lake Tuz Underground Natural Gas Storage Facility, consisting of 12 caverns in total, would be stored with a ceremony to be held on Friday with President Recep Tayyip Erdoğan in attendance. 40 million cubic meters of natural gas will be supplied daily to the Turkish natural gas network from the facility, which has an operational capacity of 1 billion cubic meters in total. World Bank had financed $325 million with an agreement signed in 2006 and another $400 million with another agreement signed in 2014.
RELATED TOPICS