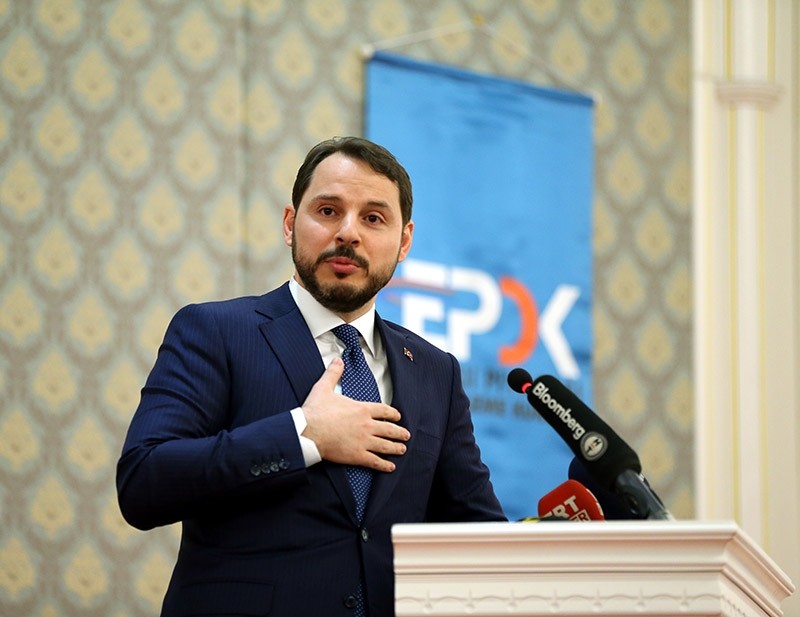 Turkish Energy Minister Berat Albayrak said that the country should increase the share of local resources used in electricity production to at least two-thirds of all production in the upcoming 10 years.

In a speech delivered for the 15th anniversary of the Energy Market Regulatory Authority (EMRA), Albayrak revealed striking details on Turkey's electricity generation from domestic resources as well as the ministry and country's 10-year goals for energy production and export.

At the event organized by the Association of Energy Experts, Albayrak stated that despite the global crises that had transpired in recent years, Turkey has continued to grow in the energy sector, expanding its resource diversity, infrastructure and investments, as well as domestic and renewable resources. "2016 has been a record year for us in electricity generation. We reached this high by generating 49.3 percent of product from domestic resources."

Emphasizing that Turkey will turn to domestic energy sources in the future, Minister Albayrak said that the country will spend less than $50 billion a year on energy. Noting that the ministry gives importance to domestic and renewable energy resources, Albayrak said, "The next thing you know, in 10 years, we will turn into a country that starts exporting energy; this from a country that spends an average of $50 billion a year on energy and mineral imports."

Albayrak further stated that Turkey aims to bring energy to the public at higher quality and lower cost, declaring that beyond that, Turkey needs to be an "actor playing a role" in energy, an important raw material in the regional and global sense. "We need to build this role for Turkey," he added.

With an aim to increase the share of domestic resources by at least two-thirds over the next 10 years, Albayrak said that in order to accomplish this, everyone from those involved in infrastructure to regulations, from incentives to legislation will work together, "shoulder to shoulder." Recalling previously mentioned local coal terminals, of at least 5,000 megawatts capacity each, Albayrak said, "We have started the tender process for indigenous coal, soon to be followed by solar and wind power, each of which has 1,000 megawatts of capacity."

The energy minister concluded by saying that progress will continue not only in the area of capacity and production but also with factories and research and development (R&D) investments. "From now on, we will look for more resources, make regulations and support a triple win-win picture by paving the way for investors. We will benefit from nuclear as well as indigenous coal energy," Albayrak said. "We need to develop our resources with richer calorific values."