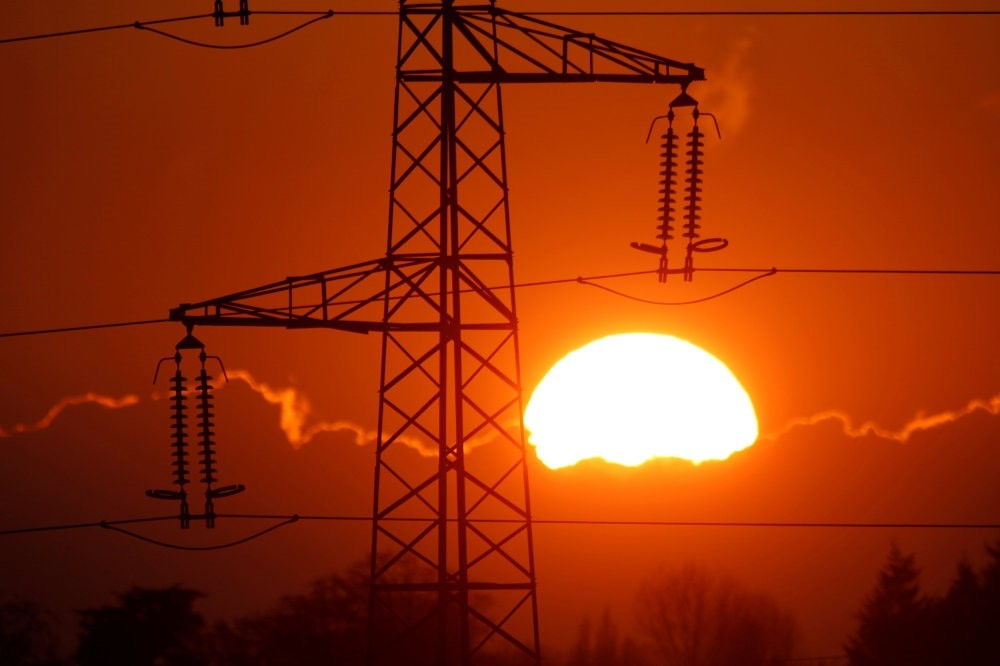 Electrical power pylons of high-tension electricity power lines are seen at sunset in Cambligneul near Arras, France.
by Apr 04, 2017 12:00 am

Although governments, business and development agencies will meet this week to work out how to reach three energy boosting goals by 2030, more than 1 billion people still lack access to electricity

Access to energy is necessary to meet people's basic needs: to grow, distribute and cook food, to light homes, and to power machines and technologies. It is also a key requirement for agriculture, commerce and industry and the provision of public services, such as education or health. But more than one billion people, or one in seven, still lacked access to electricity in 2014 and many more suffer from poor supply, which keeps them trapped in poverty, experts say.

This week, governments, business, development agencies and others will meet in New York to work out how to reach three international goals by 2030: universal access to modern energy services, doubling the rate of improvement in energy efficiency, and doubling the share of renewables in the global energy mix.

Here are some facts about access to energy, based on 2014 figures when comprehensive data was last compiled :

*More than 95 percent of those living without electricity are in sub-Saharan Africa and developing countries in Asia, predominantly in rural areas.

*Africa, excluding North Africa, has the largest percentage of people living without electricity at 37 percent overall and just 17 percent in rural areas.

*South Sudan is the country with the lowest access rate in the world at five percent, followed by Burundi at seven, Chad at eight and Liberia at nine percent.

*Urban areas across the world have close to universal access at 96 percent although challenges remain in the rapidly growing cities of Africa and in the Asia-Pacific region.

*Progress in electrifying urban areas has outpaced that in rural areas where electrification rates have reached 73 percent.

*Even regions with almost universal access to electricity, such as Latin America and the Caribbean, have countries that lag behind: in Haiti only 38 percent of people have access electricity.