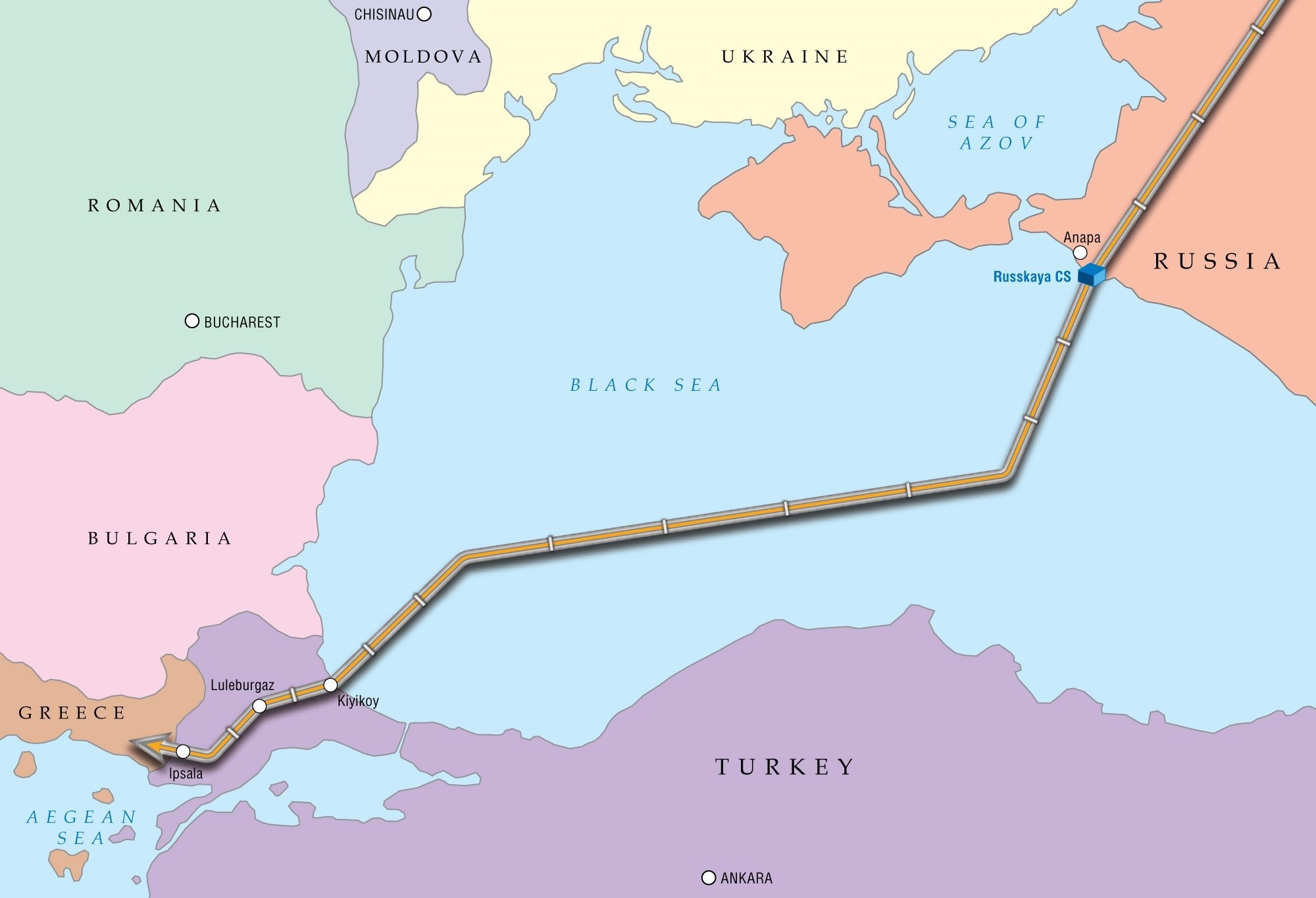 The Turkstream project will carry Russian natural gas to europe. The offshore part of the pipeline will cross the black sea bed and run 910 km.
by Daily Sabah Apr 06, 2017 12:00 am
Prime Minister Binali Yıldırım has issued instructions to all public institutions and organizations to ensure coordination and efficient cooperation in realizing the TurkStream Natural Gas Pipeline Project.

In the Prime Ministry's Circular on the Turkish Stream Natural Gas Pipeline Project, published today in the Official Gazette, it was stated that an agreement between Turkey and Russia was signed on Oct. 10, 2016, that the approval of the said agreement was found favorable in accordance with Law No. 6765, and that the agreement entered into force on Feb. 21, 2017 after being published in the Official Gazette.

It was also stated in the circular, signed by Prime Minister Yıldırım, that Russia announced that South Stream Transport B.V will carry out the design, construction and operation of the two pipelines in the sea section of the project, which consists of a total of four pipelines to be laid on land and at sea, and the "Land Section 1" part of the project will be constructed and operated by BOTAŞ Petroleum Pipeline Corporation. It was also noted that the activities related to the "Land Section 2" part are to be conducted by a company planned to be established jointly by organizations to be determined by the two countries. The circular also suggested that a public institution will be assigned as a land acquisition organization to carry out the acquisition of the necessary land rights for the project, saying, "In order for the project, which is of great importance in terms of natural gas supply security of our country, to be realized within the foreseen period without any flaws, cooperation between institutions should be carried out in a fast, decisive and sensitive manner with effective cooperation and coordination between all public institutions and corporations."

Accordingly, in order for the responsibilities undertaken by Turkey within the framework of the agreement to be fulfilled in a timely and satisfactory manner, it was requested that applications and operations be carried out by public institutions and organizations within the scope of the project and that they be completed swiftly. All the relevant public institutions and organizations were asked to provide the necessary contribution and support to the public entity to be appointed as the land acquisition organization, as well as BOTAŞ and South Stream Transport B.V.
RELATED TOPICS