Crude prices surge after US strike on Assad airbase in Syria 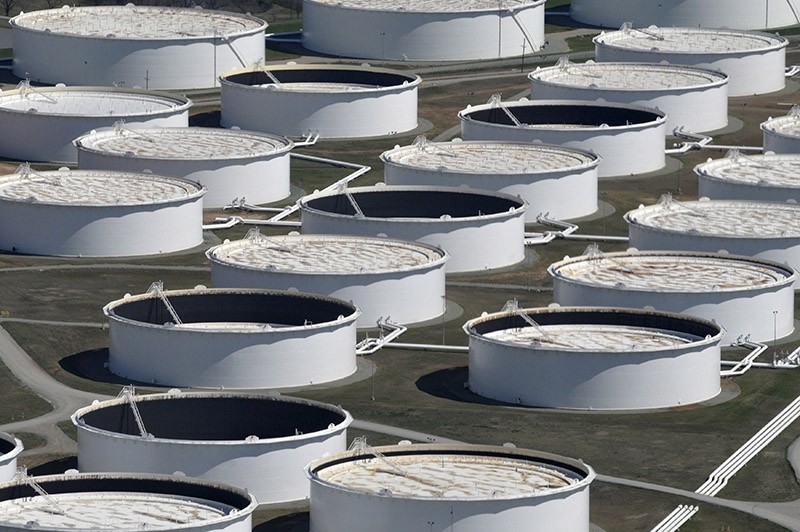 Crude oil storage tanks are seen from above at the Cushing oil hub, appearing to run out of space to contain a historic supply glut that hammered prices, in Cushing (Reuters Photo)
by Apr 07, 2017 12:00 am

Oil prices rallied on Friday after the United States launched a missile strike against Syria, sparking fears that an escalation of the conflict in the crude-rich Middle East could disrupt supplies.

Both main contracts jumped more than two percent to their highest levels in a month after U.S. President Donald Trump ordered an assault in retaliation for a chemical attack in Syria that Washington blamed on Assad regime.

"The situation remains fluid in Syria at the moment as the implications of the massive cruise missile strike from the United States gets digested," said OANDA senior market analyst Jeffrey Halley in a note.

"Among the most pressing questions will be: is this a one-off attack and are other nations going to join in? What will be the response of Iran and Russia -- two of the world's largest oil producers and staunch allies of the Assad regime?"

Sukrit Vijayakar of Trifecta Consultants said the crude oil market is likely to hold on to gains over the next few months.

"For now, early this morning they have been given a fillip as news of the US firing missiles at Syria has propelled prices higher by over $1 a barrel," he said.

However, Ric Spooner, chief market analyst at CMC Markets in Sydney, told Bloomberg News: "We're seeing a risk response to the strike. Given rising supply, the size of inventories and the extent of the pick up in shale output, it does seem likely that price gains will be capped."

The military strike ordered by U.S. president Donald Trump targeted radars, aircraft, air defence systems and other logistical components at a military base south of Homs in central Syria.

The attack comes two days after a suspected sarin attack ordered by Assad regime, which Trump has described as "very barbaric".

While Syria is not a major oil producer, it borders Iraq, OPEC's second-largest crude producer.

Oil prices have struggled to hold above $51 a barrel owing to concerns about an OPEC-led output cut put in place in January as part of a drive to address a global supply glut and overproduction.

There are also worries that prices above $50 will encourage U.S. shale producers to ramp up production as it becomes more cost-effective.