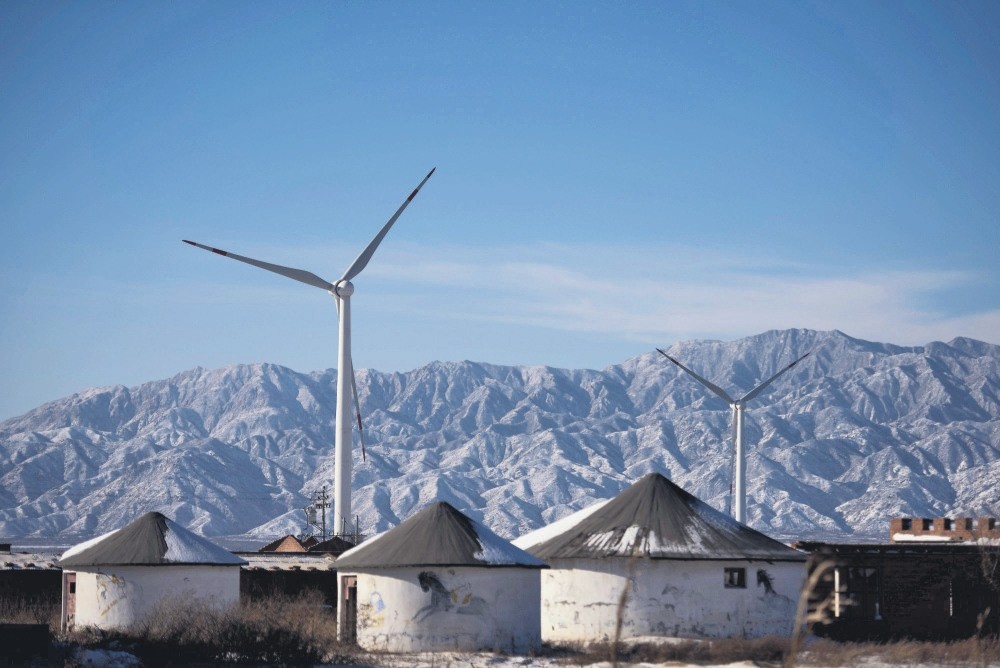 Wind turbines in Guanting, outside of Beijing. China is the worldu2019s biggest polluter and its emissions of the Greenhouse gases that cause climate change is at the center of the future of the planet. (AFP Photo)
by Apr 12, 2017 12:00 am

China's wind and solar sectors could attract as much as 5.4 trillion yuan ($782 billion) in investment between 2016 and 2030 as the country tries to meet its renewable energy targets, according to a research report published on Tuesday.

China has pledged to increase non-fossil fuel energy to at least 20 percent of total consumption by the end of the next decade, up from 12 percent in 2015, part of its efforts to tackle air pollution and bring carbon dioxide emissions to a peak by around 2030. To do that, China would need to raise wind and solar power's share of primary energy consumption to 17 percent by 2030, up from 4 percent in 2015, according to the report, published by environmental organization Greenpeace and involving research by a government institute, a Chinese university, and other groups.

Wind and solar power could reduce fossil fuel consumption by nearly 300 million tons of standard coal a year by the end of 2030, equivalent to France's total primary energy consumption in 2015, the report said, assuming China met its targets.

The NDRC itself projected its plans would require a total investment of 2.5 trillion yuan on solar, wind and other renewables just over the 2016-2020 period. However, the agency warned the country's electricity distribution system was still not flexible enough to handle renewable power, and there were still technological obstacles when it came to connecting wind and solar to the grid, leading to large amounts of waste.